A day after Iran’s Islamic Revolutionary Guard Corps struck a mock-up of a US aircraft carrier with volleys of missiles near the Strait of Hormuz in the drill called Payamber-e Azam 14 (Great Prophet 14), the Guard launched underground ballistic missiles to the same target.

In the footages that were shared by Iran’s state television on 28 July,  the launch of a missile fired from a helicopter to a mock-up of the American aircraft carrier was spotted. Other footage of the drill, called Great Prophet 14, showed the fast boats surrounding the mock-up of the aircraft carrier, the moment of climbing commandos on the ship’s deck, and other underwater units.

The US military said the maneuvers caused two bases with American troops in the region to go on heightened alert. Both air bases are located just hundreds of kilometers away from where the mock-up of the aircraft carrier was placed. 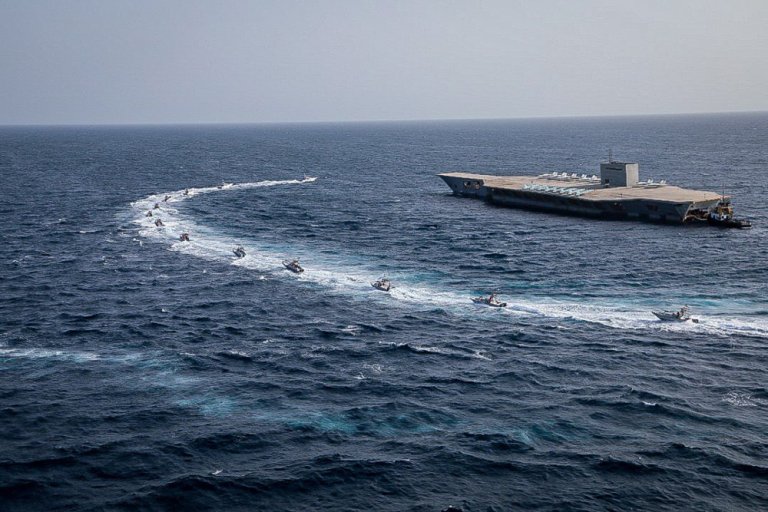 The high tension between Tehran and Washington has been on the rise since 2018 when the US was withdrawn from the 2015 nuclear deal between Iran and the world powers and re-imposed sanctions that hit the Iranian economy. After Iran hit the US’s UAVs, an Iranian major general was killed in a US attack in Tehran. As a response to it, Iran launched the ballistic missiles that injured dozens of US forces in Iraq, in January.

At the same time, Washington pressures to extend a UN arms embargo that is expected to end in October. Recently, an American fighter aircraft that flew near the Iranian passenger plane which flies over Syria, increased the tension.

The US military condemned Iran’s “irresponsible and reckless behavior” and described it as “an attempt to intimidate and coerce.”

US approves sale to Philippines for 90 boats