by Kevser Taşlık
in News
1

A591 TCG Ufuk that is the first indigenous and national intelligence ship of Turkish Naval Forces, will be deployed at the end of 2020.

The Sea Acceptance Tests (SAT) of the Test and Training Ship TCG Ufuk, whose equipment activities for Signal Intelligence (SIGINT & ELINT) capabilities are ongoing, -continue. Previously stated that the A-591 TCG Ufuk intelligence ship is planned to be delivered to the Turkish Navy Forces on July 31, 2020. Recently, Turkish President Recep Tayyip Erdoğan announced that the Test and Training ship Ufuk would be delivered to the Navy Forces at the end of 2020.

Defence Turk released information about the TCG Ufuk that was planned to be delivered on July 31, 2020 to Turkish Navy Forces whose delivery was postponed due to the COVID-19 outbreak.

“We increased the technological capacity of the National Intelligence Organisation (MIT)” 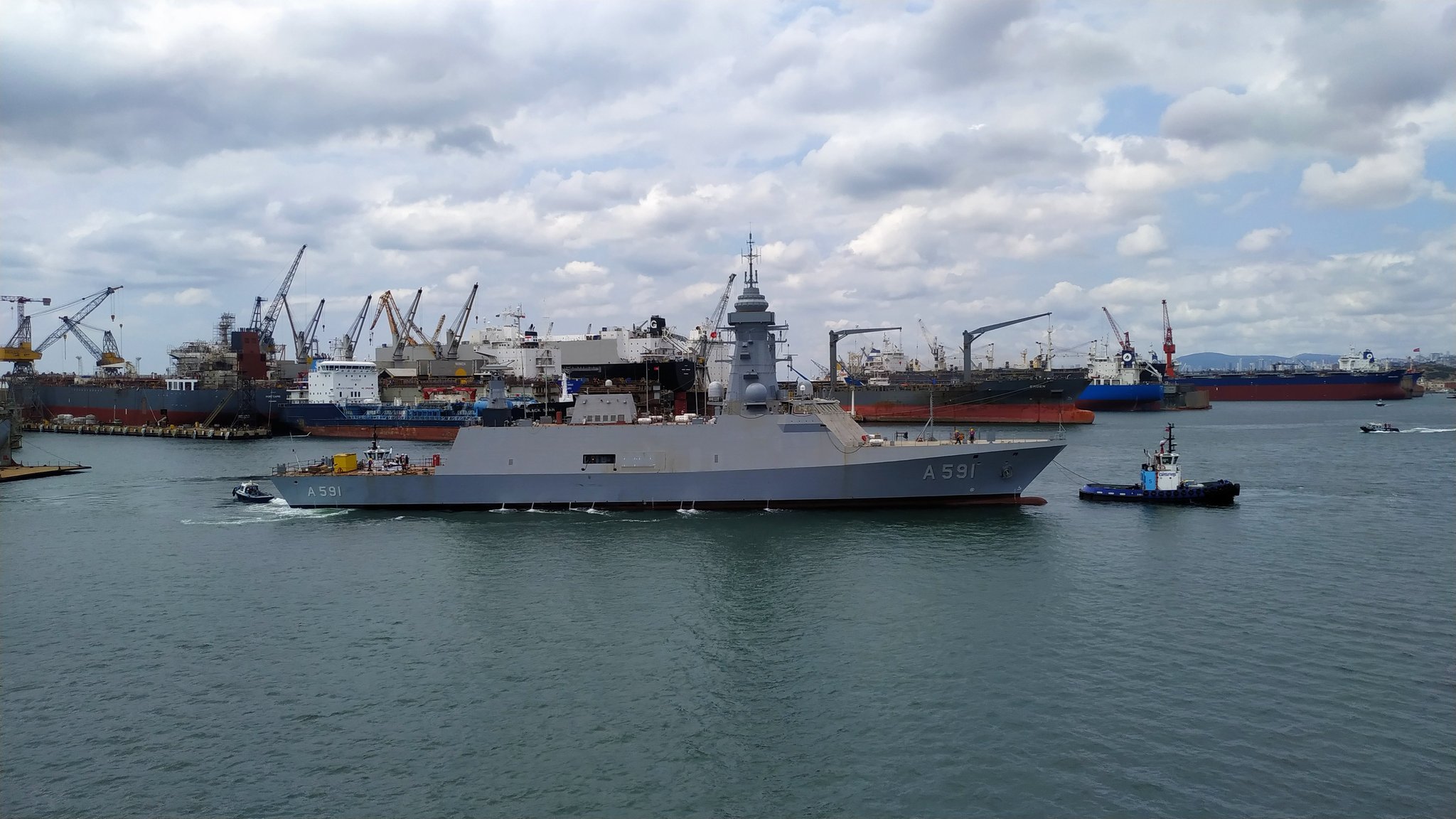 The Test and Training Ship “TCG Ufuk A-591” that is designed on the MİLGEM Project Ada-Class Corvette platform to meet the requirement of the Turkish Naval Forces for the SIGINT platform, was launched on February 9, 2019.

An agreement was signed with İstanbul Shipyard to produce the ship designed by STM, in 2017. STM signed an agreement with İŞBİR for 4 × 750 kVA generators to be used on the Test and Training Ship (TVEG) on May 15, 2017. The mission systems of the ship are supplied by ASELSAN.

The assembly of the ship that was manufactured in 30 blocks by the Istanbul Maritime Shipyard, including the superstructure and masts on the slipway, was completed on July 24, 2018. Approximately 920 tons of sheet metal, 12, 5 tons of aluminum, 6,340 meters of pipes were processed and assembled for the ship. The steel-cutting ceremony of the ship was held on May 2, 2017, and it was labeled with the official bow number A-591, called Ufuk. A-591 Ufuk Corvette will be an important factor in increasing the capacity of the national intelligence system. 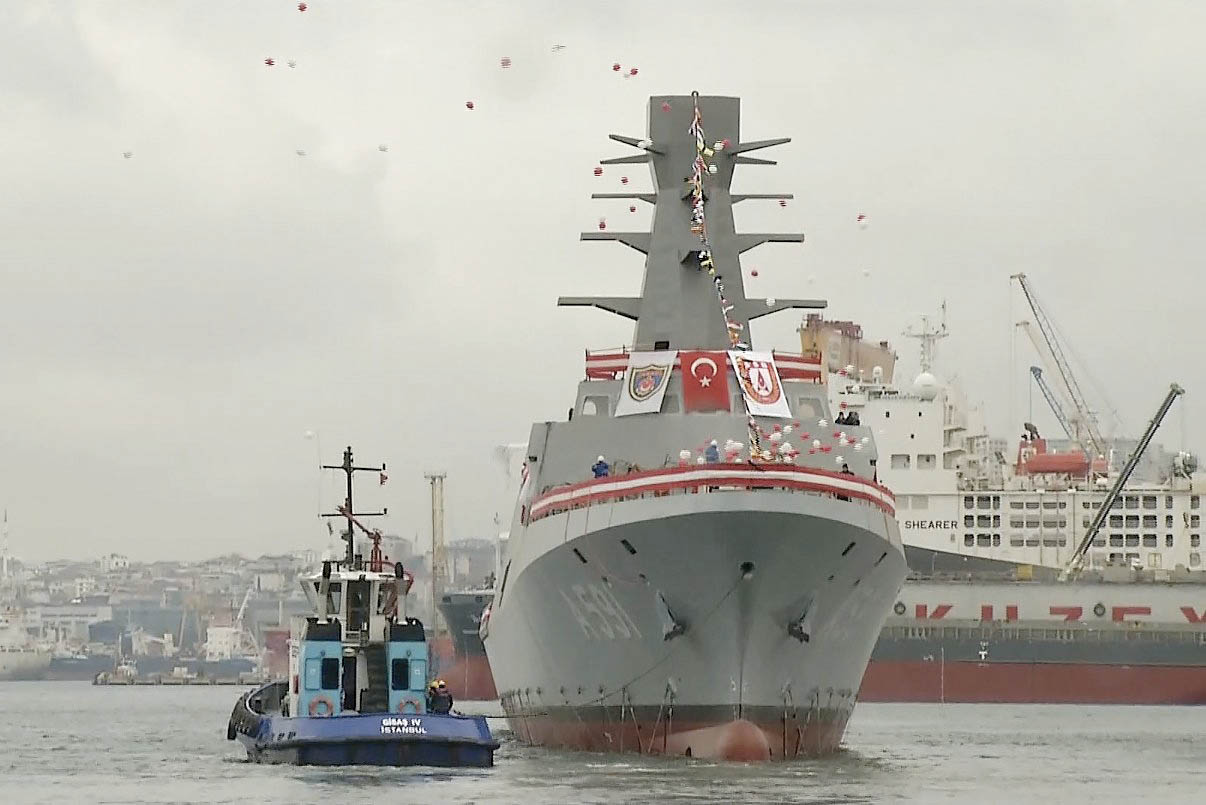 The Test and Training Ship will be used as A-591 Horizon Intelligence Ship (SIGINT & ELINT). TCG Ufuk has a length of 99, 5 meters, a maximum width of 14, 4 meters, 3, 6 meters of draught and 2400 tons of displacement. With a total power of approximately 8600 kWh, 18+ knots it can reach maximum speed. The A-591 Ufuk that has a 10-ton of a helicopter pad, has a capacity to cruise continuously for 45 days, also off international waters, under severe climates and sea conditions. 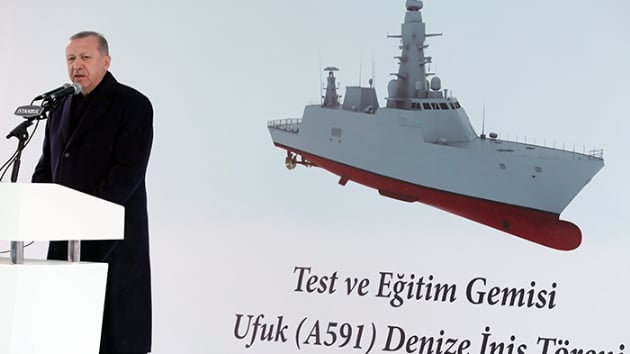