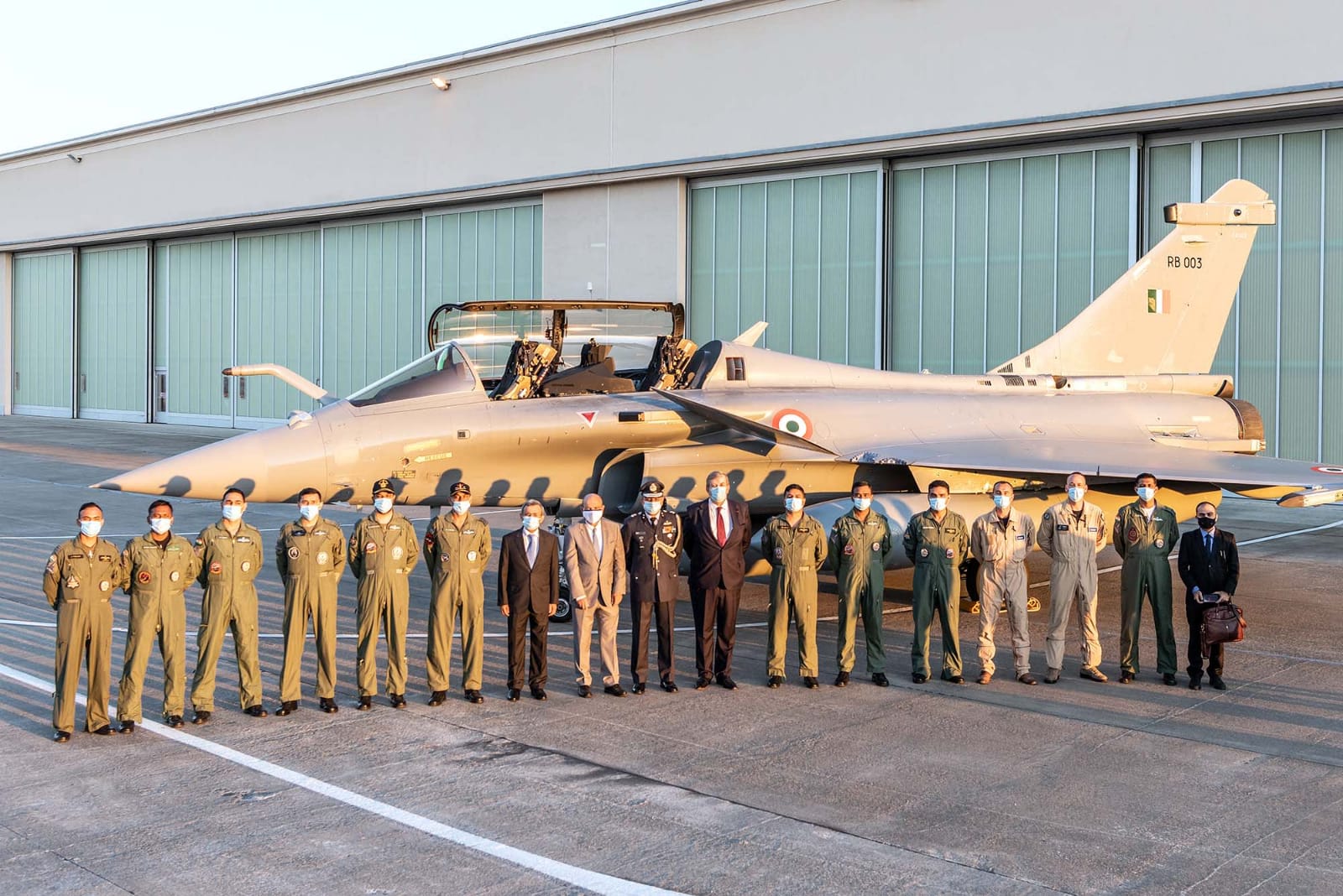 The first batch of five Rafale jets was officially deployed to No. 17 “Golden Arrows” at Ambala Air Force facility on September 10. They arrived in India in July, stopping at Al Dhafra airbase in the United Arab Emirates (UAE). Five jets, three single-seat and two trainers set for twin-seat were flown from France by Indian Air Force pilots operating under the Commander Officer of the 17th squadron Group Captain Harkirat Singh. The Indian Embassy in France that the delivery of all 36 aircraft would be completed by the end of 2021 on schedule. The second fleet will be deployed at Hasimara Air Base in West Bengal.

Indian Air Force expands options
The Ministry of Defense of India approved the purchase of 33 Russian fighter jets as border conflicts continue in the Himalayas region with China. With the approval in early July, the purchase of 21 Mikoyan MiG-29 and 12 Sukhoi Su-30MKI will be at a total cost of $ 2.43 billion. MiG-29 aircraft will consist of modernized second-hand aircraft.

The 21 MiG-29 fighter jets will support the aircraft upgraded to the MiG-29M, which has served in the Indian Air Force since 1986. 12 Su-30MKI will replace aircraft lost in the crash over the years. These aircraft will be produced under license by Hindustan Aeronautics Limited (HAL). HAL appears keen on orders to keep the production line open.

India placed orders for 272 Su-30 fighter jets with different batches over a period of 10 to 15 years. Indian Air Force members agree that the number of aircraft acquired so far will be sufficient to meet the requirement.

The 21 MiG-29s that the IAF plans to purchase from Russia have been offered to help the Indian Air Force meet the need for new fighter jets.

MiG-29s planned to be purchased from Russia are actively flown by the Indian Air Force, so pilots are quite familiar with this aircraft, but the new MiG-29s offered by the Russians are different from those in the Indian Army inventory. For this reason, IAF officials made various examinations on the proposed aircraft.

The Indian Air Force has 3 MiG-29 fleets that have been modernized.