New Generation Basic Trainer (HÜRKUŞ) Development Program contract was signed between the Undersecretariat for Defense Industries and Turkish Aerospace in March 2006. HÜRKUŞ with day and night mission capability; will be able to realize instrument flight, navigation and formation training phases.

Within the framework of the program; two aircraft configurations are being developed.

Basic version which is to be certified with EASA (European Aviation Safety Agency) according to CS-23 requirements.

Advanced version with integrated avionics (including HUD, MFDs, and Mission Computer). Following the completion of taxi tests, the first aircraft of HÜRKUŞ-A Configuration successfully performed its first flight on August 29, 2013 at TAI’s facilities. Consequent to the flight permission of SHGM (Turkish Civil Aviation General Directorate) and EASA the first flight, which lasted 33 minutes, was performed with open landing gear position at a height of 9500 ft. During the flight, the first checks were performed on control surfaces and a successful landing was realized.

*Values given in the table are calculated under International Standard Atmospheric (ISA) conditions. 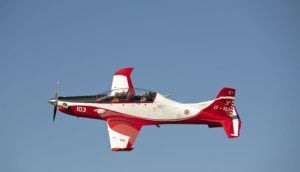 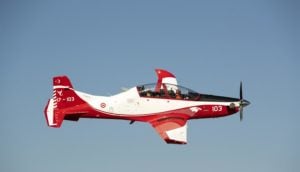 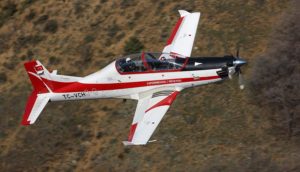 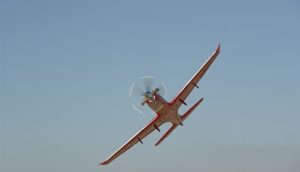 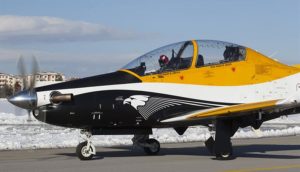 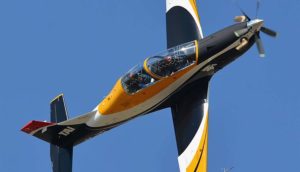