Minister of National Defense Hulusi Akar paid a visit to Libya with the Turkish Armed Forces superiors and chaired the negotiations between delegations.

Minister Akar and the Armed Forces superiors were welcomed at Mitiga airport in Tripoli by Libyan officials and Turkish Ambassador to Libya Serhat Aksen and Libya Task Group Command officials. 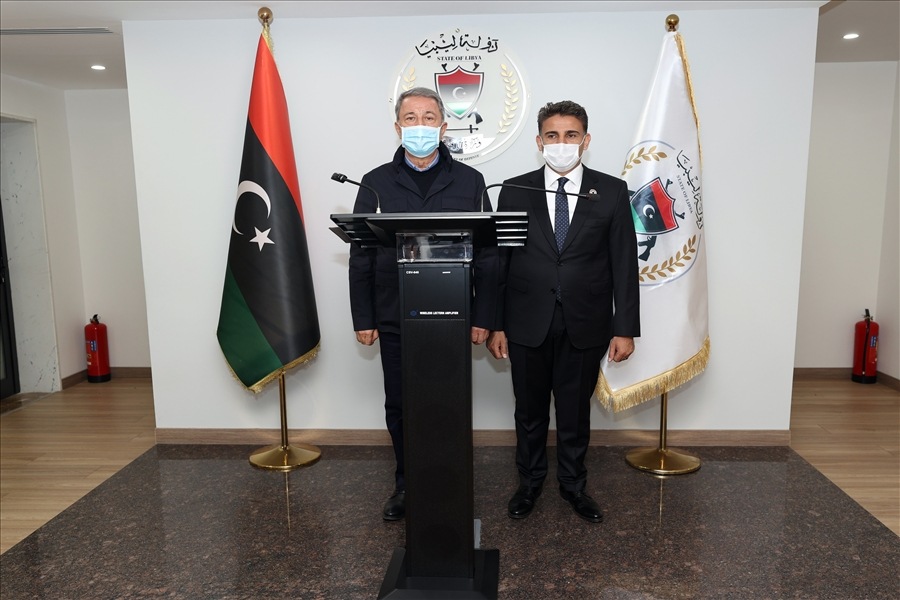 Speaking at the opening of the meeting, Minister Hulusi Akar started his speech by celebrating the 24 December Libyan Independence Day. Hulusi Akar said he extended the salutations of, especially President Recep Tayyip Erdogan, the entire Turkish. nation. He wished Libya be able to celebrate many Independence Days in peace and security. 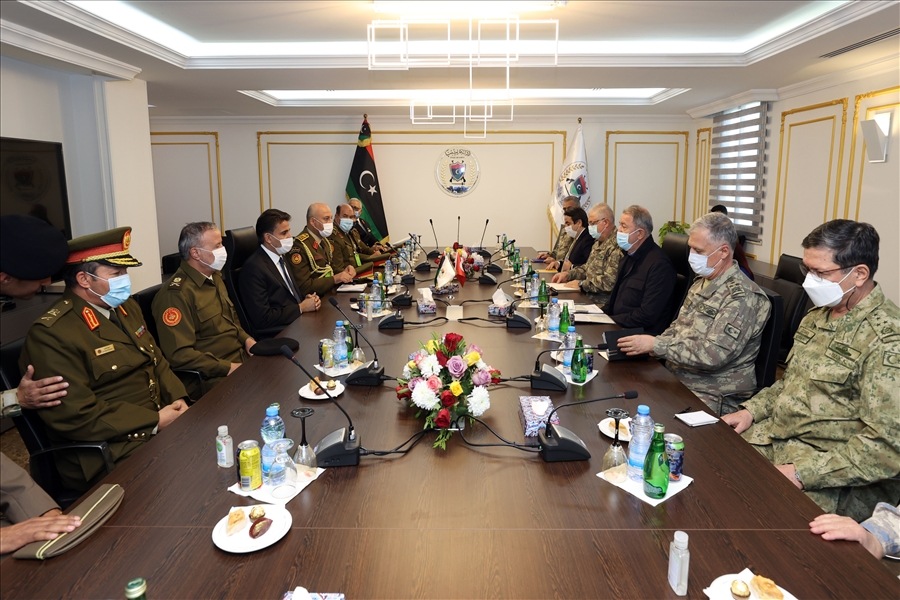 Training activities for military and security continue in Libya
In September 2020, Libyan Defense Minister Selahaddin Nemruş paid a visit to Ankara. Minister Akar also chaired the meeting between delegations with Nemruş, whom he met with a military ceremony at the Ministry of National Defense. Minister Akar said Turkey would continue to provide training in military and security fields to Libyan brothers with whom Turkey shares 500 years of common history, friendship as well as brotherhood and cultural ties.

Stating that Turkey would stand by the UN-recognized GNA, Akar said, “Libya is of Libyans.” He also added Turkey would support a Libya whose territorial integrity and political unity was achieved, and resided by the Libyans, independent and sovereign.