“This is the first time I’m showing it, I’ll just show it as a picture. A picture of the landing and take-off concept of Bayraktar TB3 UAVs on our ship to take off the ANADOLU pool produced by Sedef Shipyard. It is going on rapidly, it will be a very good project and I really think it will make a significant contribution to our Naval Forces. ” 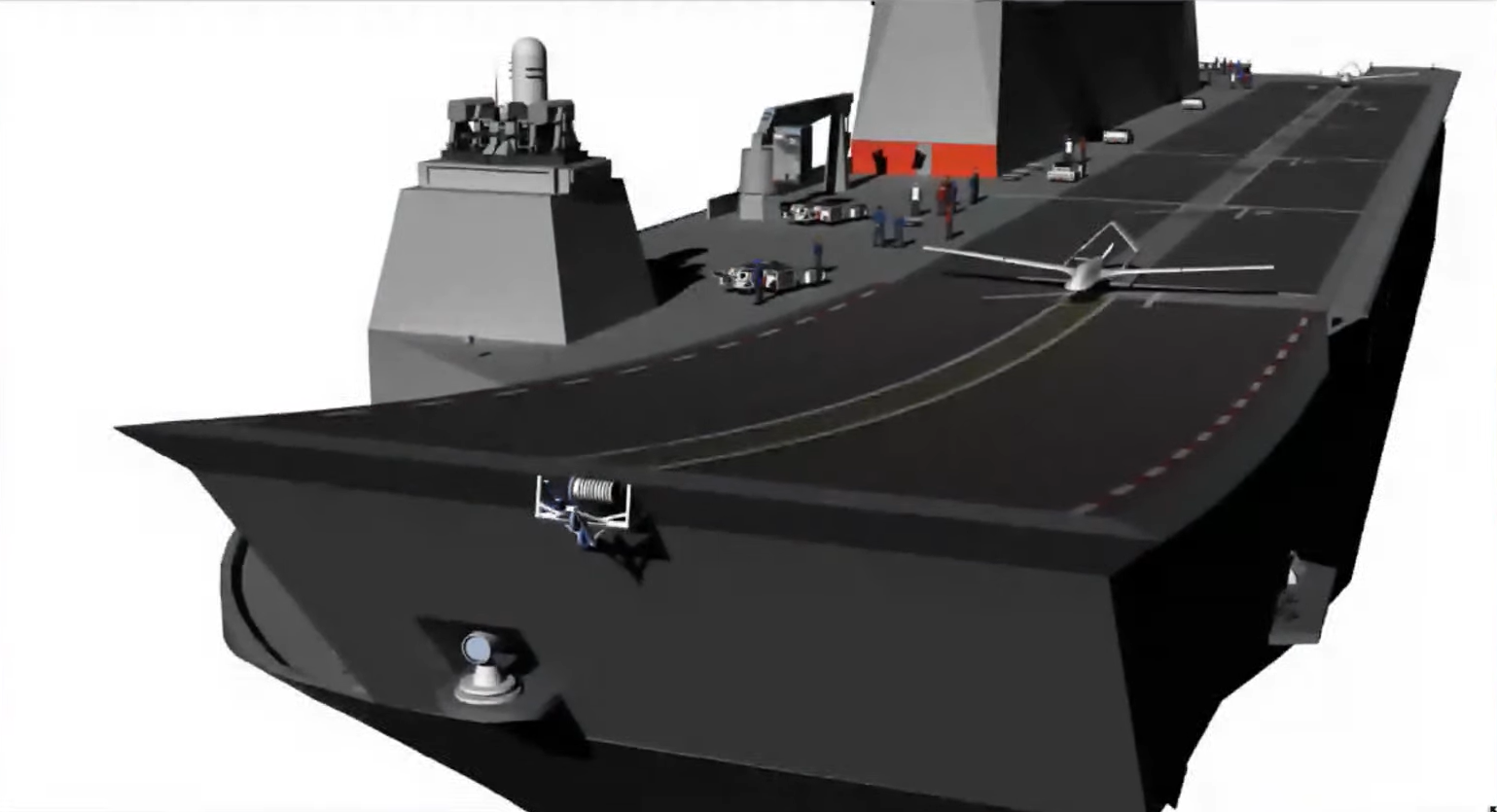