In the 6-page document released by the Turkish Ministry of Foreign Affairs, details of actions taken by Greece to intensify the situation were detailed.

Turkish Ministry of Foreign Affairs, right after the Greek announcement of NAVTEX as a reaction to Oruç Reis’ seismic research, released a document.

The Greek Ministry of Foreign Affairs stated that the NAVTEX was “illegal” in their announcement, “This (NAVTEX) is a threat to regional peace and security.” Greece, making an announcement while the peace talks are ongoing with Turkey, claimed “This shows that Turkey cannot be trusted, and is not open for dialog.” and “This is evidence of Turkish aggression and insistence on illegal tactics.”. Saying “As a modern European country, Greece cannot be bullied”, Greek officials requested a Turkish withdrawal. As discussions between Turkey and Greece took place on NATO platforms, the European Union announced that Turkey might face sanctions in case they continued their research operations. 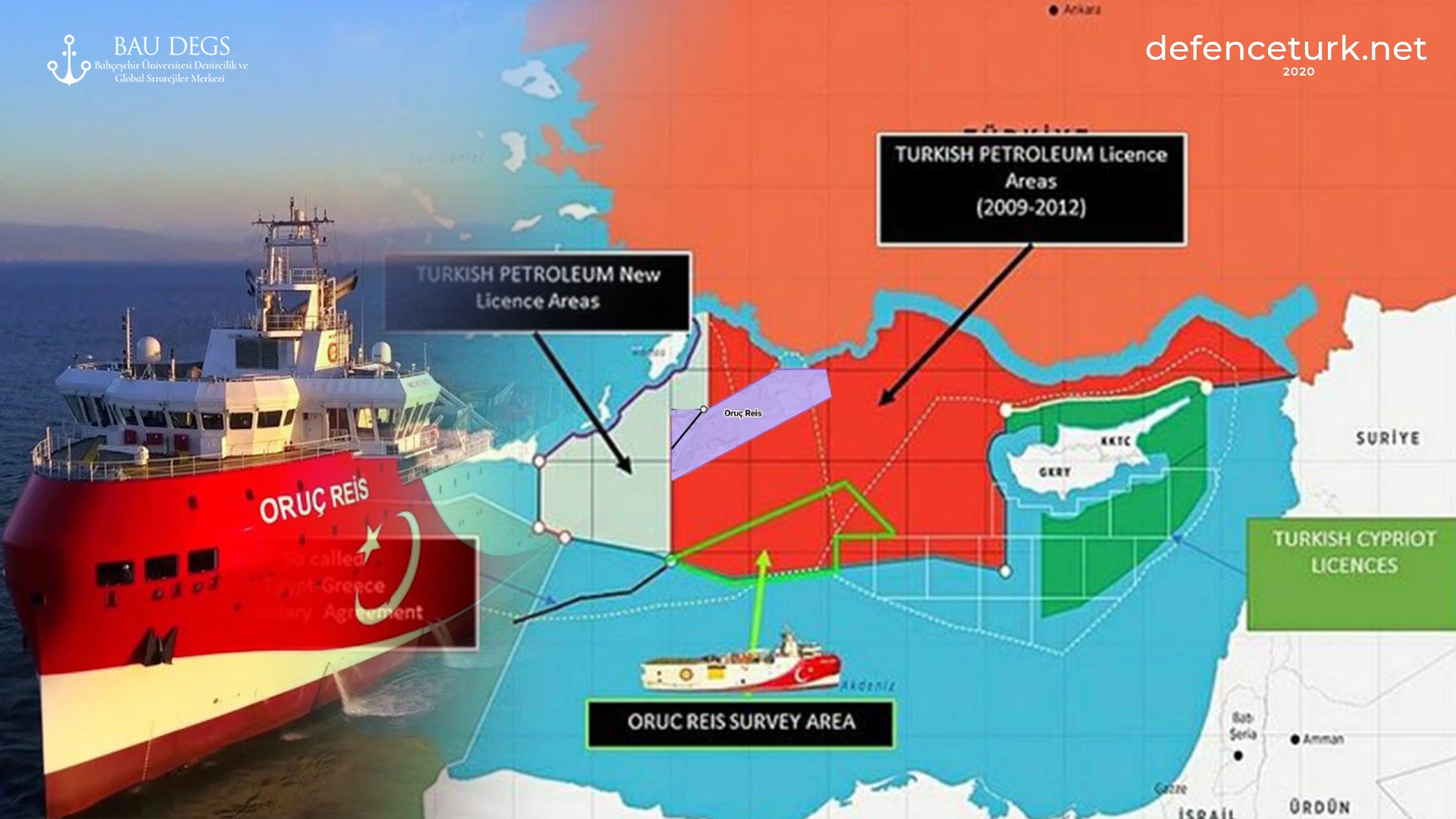 Seismic research vessel Oruç Reis has been docked in Antakya for routine inspection and maintenance since September 12th, 2020. Following the docking procedure of Oruç Reis, accompanying security Navy vessels and returned to their active duty. Following the return of Oruç Reis, on September 13th, 2020, Hellenic Navy deployed vessels to encircle Meis Island. , Hellenic Navy is still present in the area.

Between the dates of September 14th and 18th 2020, Greece and the USA conducted joint military drills in the ethnically Turkish majority region of Western Thrace. Leopard tanks of the Hellenic Army accompanied by American M1 Abrams tanks were sighted near the Petrohori village in Xanthi. In these tense times, a military drill utilizing heavy weaponry took place despite the Turkish warning of delaying the drill. On September 15th, 2020, Greece announced a NAVTEX to conduct military drills on the demilitarized Chios Island. Between September 23rd and 24th 2020, in a similar fashion, Greece conducted firing drills on the demilitarized island of Limni. 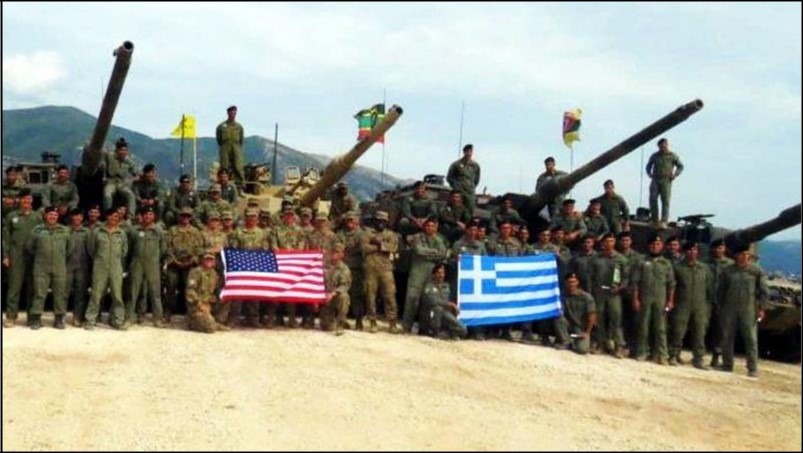 Greece conducted military-based drills on Chios, Kos, Rhodes and other islands that were demilitarized as part of international agreements. Between September 27th to October 2nd 2020, a NOTAM (notice-to-airmen) (A2735/20) was declared for aerial drills covering a wide range of international airspace. 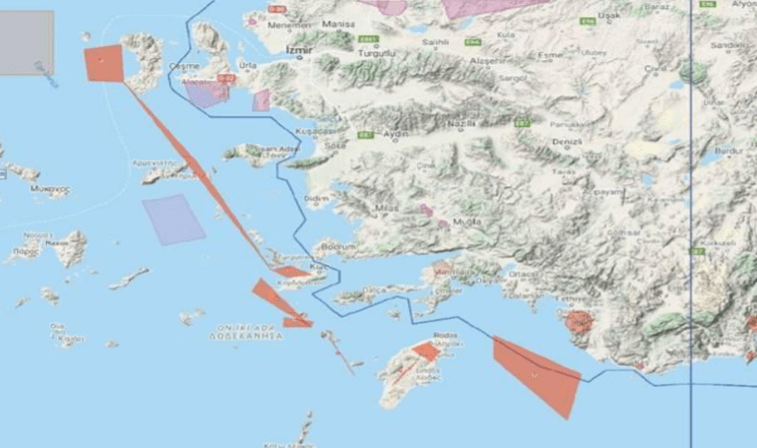 On October 1st, 2020, Greece announced two drills to take place on October 6th and 8th 2020 in the southern regions of the Meis island located in the Eastern Mediterranean.

Greece continues to announce navigational orders covering a wide aerial range on the Aegean Sea and its islands’ airspaces. Between November 11th and December 29th, 2020, a NOTAM (A2931/20) was declared to Hellenic Navy and Aerial Forces to conduct firing drills on the Aegean Sea regions. On October 8th, 2020, a firing drill to take place on Lesbos island on October 12th-13th 2020, facing the shores of Turkey. In addition, another firing drill was announced to take place on October 12th-16th 2020 on Chios island.

Violating the international agreements on demilitarized islands, Greece also acted against the 1988 Athens Agreement which particularly states no military actions shall be taken on the day of celebrations of national or religious holidays of either countries. Recent developments show that Greece has announced two navigational orders for military drills to take place during Turkey’s October 29th Republic Day. In response to the aforementioned announcements, Turkey announced a military drill to take place on Greece’s national day, October 28th. 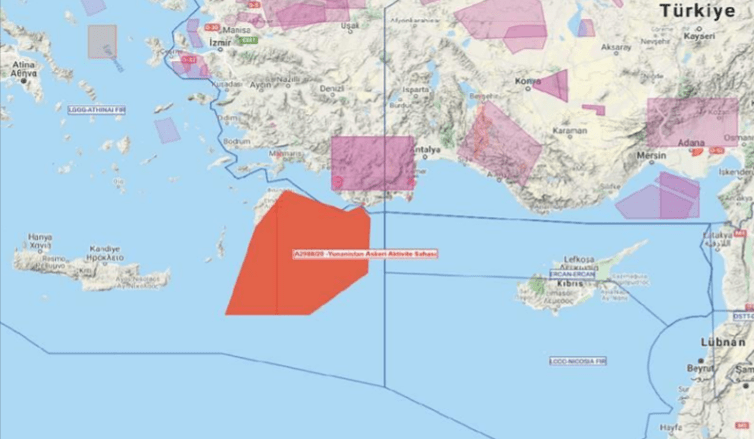 It was revealed to the press that Greece was planning on installing unmanned aerial vehicles acquired from Israel in the region. If these conditions are put into consideration it is clear that Greece is trying to intensify the situation in the Eastern Mediterranean. It reveals that Greece is following a different agenda as they approach to hold preliminary talks.