by defence_admin_turk
in Space Systems
0 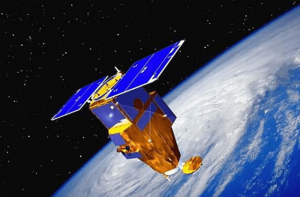 The GÖKTÜRK-1 contract was signed between Ministry of National Defense Undersecretariat for Defense Industries and TELESPAZIO on 13th July 2009.

Within the program, Turkish Aerospace is performing direct participation to specific work packages and also manufacturing some flight components for the GÖKTÜRK-1 Satellite.

The objective of GÖKTÜRK-1 Program is to procure a satellite with an Electro Optical (EO) payload in order to provide high resolution images from any location in the world for both military and civilian purposes such as forest control, illegal construction, crop management and casualty assessment after natural disasters.

With the GÖKTÜRK-1 Project, not only the national capabilities and resources for the space systems (such as new technologies, experienced manpower and infrastructure) will be developed but also Satellite Assembly Integration Test Center will be used for next generation national satellite programs as a strategic investment.