by Sema Susar
in Rotary-Wing
0

GÖKBEY is designed and optimized to meet and exceed the multi-mission requirements for hot & high geographical environments and for adverse weather conditions. The aircraft incorporates several new technology features to provide the highest levels of safety and operational benefits for operators.

Within the scope of the contract signed between Turkish Aerospace Industries, Inc. and Undersecretariat for Defence Industries (SSM) in 2013, GÖKBEY Multirole Helicopter is being developed for both domestic and international markets.

The platform has a five-bladed main rotor and a four-bladed tail rotor to minimize vibration and noise. Both main and tail rotor hubs are fully-articulated with elastomeric bearings. Both rotor systems are driven by a transmission system which consists of the three-stage main gear box having the capability of operation for 30 minutes in the event of loss of lubrication. Within the scope of the program, critical systems such as transmission system, rotor system and landing gears as well as aerostructures are designed from scratch in Turkish Aerospace.

The cockpit provides a comfortable and high visibility environment for both pilots. GÖKBEY cabin is designed for comfortable seating for 12 passengers. The extensive cabin space can be configured to meet the requirements of multi-purpose operations such as cargo, VIP transportation, ambulance, off-shore and search & rescue operations. The geometry of the helicopter is optimized for maximum aerodynamic performance with retractable landing gears hence providing an efficient fuel consumption leading to better range and endurance.

Civil certification process of the Helicopter is ongoing with Turkish Directorate General of Civil Aviation which is planned to be followed by EASA (European Aviation Safety Authority) certification.

The first prototype aircraft has successfully performed its first flight on 6th of September 2018 at its facilities Ankara, Turkey. Serial production is expected to start after 2021. 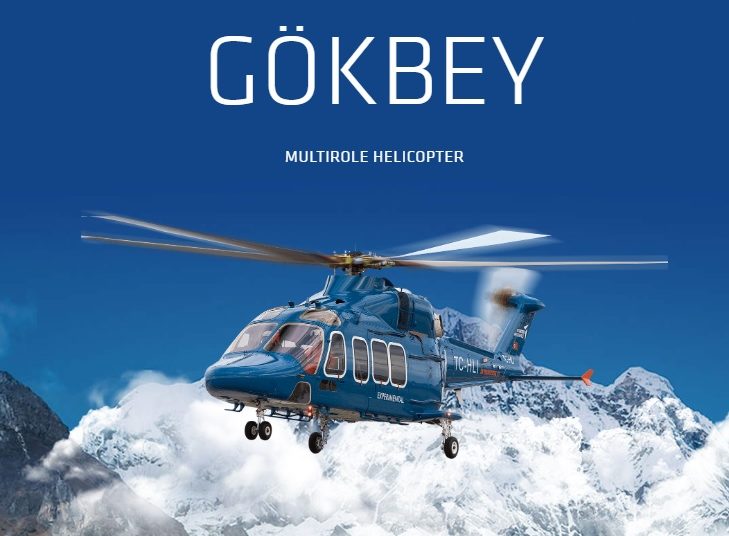 Civil certification process of the Helicopter is ongoing with Turkish Directorate General of Civil Aviation which is planned to be followed by EASA (European Aviation Safety Authority) certification.

GÖKBEY has successfully performed its first flight on 6th of September 2018 at Turkish Aerospace facilities in Ankara, Turkey. Serial production is expected to start after 2021. 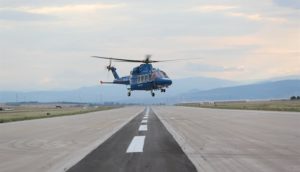 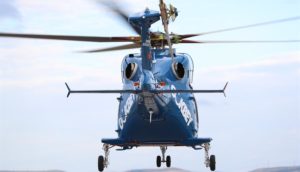 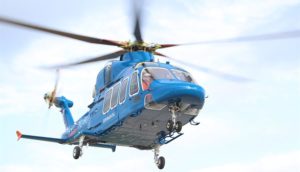 AKINCI-B AUAV is on the Anatolian Eagle for the first time!