Georgian Defence Minister Irakli Gharibashvili presented an annual report on the work carried out by the ministry and summarized the activities carried out in 2020. Referring to the strengthening of defence capabilities by providing suitable conditions for the military in 2020, Gharibashvili talked about the plans for 2021 that aim to further improve the preparedness and combat capabilities of defence forces, further strengthen the NATO integration process and deepen the strategic partnership with the US based on common values, within the framework of the vision of enhancing the 10-year capabilities of defence forces.

Gharibashvili said that next year the Georgian army would be fully equipped with NATO-standard M-4 infantry rifles, modern machine guns, grenade launchers and other vehicles, special attention will be given to the development of air defence capabilities, air surveillance radars will be improved and repaired.

Irakli Gharibashvili talked about the steps taken to strengthen and develop Georgia’s air defence capabilities during the summarization of 2020 activities. “In accordance with the French agreement, the defence forces deployed French-made air surveillance radars and a mobile command center. The second phase of the French contract, which will be completed at the end of 2021, is being actively implemented. ” said the Minister. He also mentioned the agreement with Israeli state company Rafael that the air defence system would be modernized.

The Defence Minister noted that a strong defence force cannot be imagined without a strong aviation component. Speaking about future plans, Iraqi Gharibashvili said that in 2021 the ministry will purchase operational, tactical drones, as well as kamikaze drones.

Vehicles that Turkey granted to Georgia also in the report

In the 2020 report prepared by the Ministry, 35 units of busses and 12 units of special purposes vehicles which Turkey granted to Georgia in the months also took place.

Within the scope of the Military-Financial Collaboration Agreements signed between the Turkey and Georgia Governments, along with 35 units of BMC Neocity 8.5 M Diesel Buses worth $ 5 million, 12 special purpose vehicles were granted to Georgia Armed Forces by Turkey.

In the statement relating to subject by Georgia Defence Minister Irakli Garibashvili, it was stated that in order to improve the modernization of Georgian Armed Forces and develop close relations with the Republic of Turkey, it is expected to be granted another 20 million dollar in 2021. 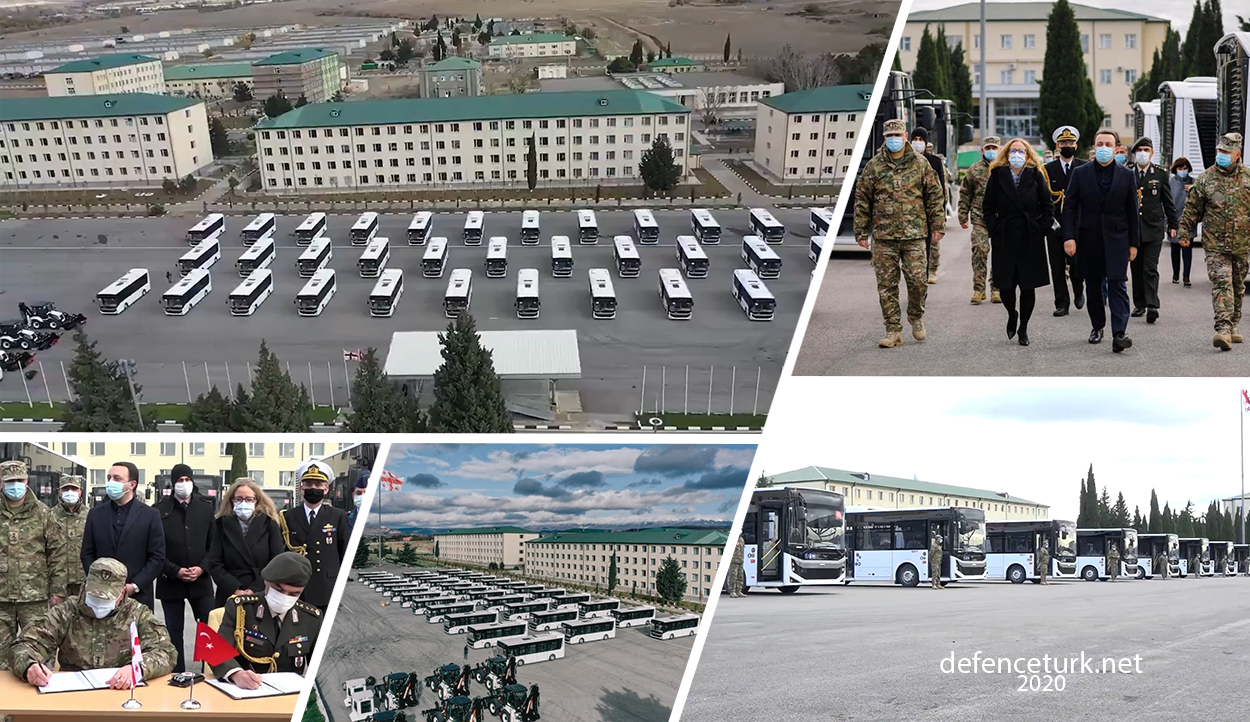