The French Armed Forces officer responsible for the aircraft program announced that the future E-2Ds would feature air refueling. It was also stated that French E-2Ds will be equipped with an in-flight refueling probe and Rafale M, A400M, MRTT, KC130J aircraft can be used for refueling.

Upgrades to support air refueling include probe and associated piping, electrical and lighting upgrades. But that’s not the only option the French look at. Northrop Grumman offers “optional aircraft enhancements” to increase crew efficiency during longer missions (up to 8 hours thanks to in-flight refueling). Expected features include some innovations that will increase the flight performance of the crew, such as the crew toilet, air conditioning, ergonomic seats, kitchen, noise-canceling headphones. 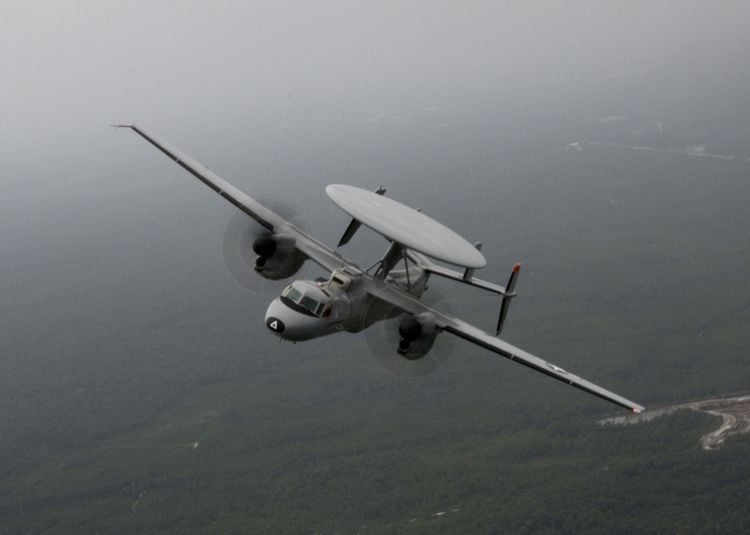 Ergonomic seats and air conditioning are part of the “basic” configuration for the French Navy, while noise-canceling headphones are still in the planning stage. Special seats help improve visibility in the cockpit and reduce crew fatigue on long missions.

Special French sensors and mission computer on board
3 E-2D aircraft ordered for the French Navy will be adapted to French systems by integrating a special computer developed by the Aerospace Industry Service (SIAé) that will provide the system’s autonomous upgrade capability.

ts role is to enable the autonomous scalability of the mission system. Linked to the native computer on one side, and to French sensors on the other, it will allow the addition of extra French sensors and their evolution without modifying the native system, which would require American intervention. There are also elements necessary for purely French missions. Its size is compatible with a standard aeronautical payload.” said the DGA program manager for these features.

OMAT team members in Azerbaijan for mine clearance