by Şeyma Sarıca
in Navy and Marine Systems
0

MKEK General Manager Yasin Akdere made statements about the 76 mm naval gun project at the SAHA Istanbul Çorum Defense Industry Meeting, which he attended. Akdere explained that the R&D process for naval gun was carried out in 12 months and the system became localized. 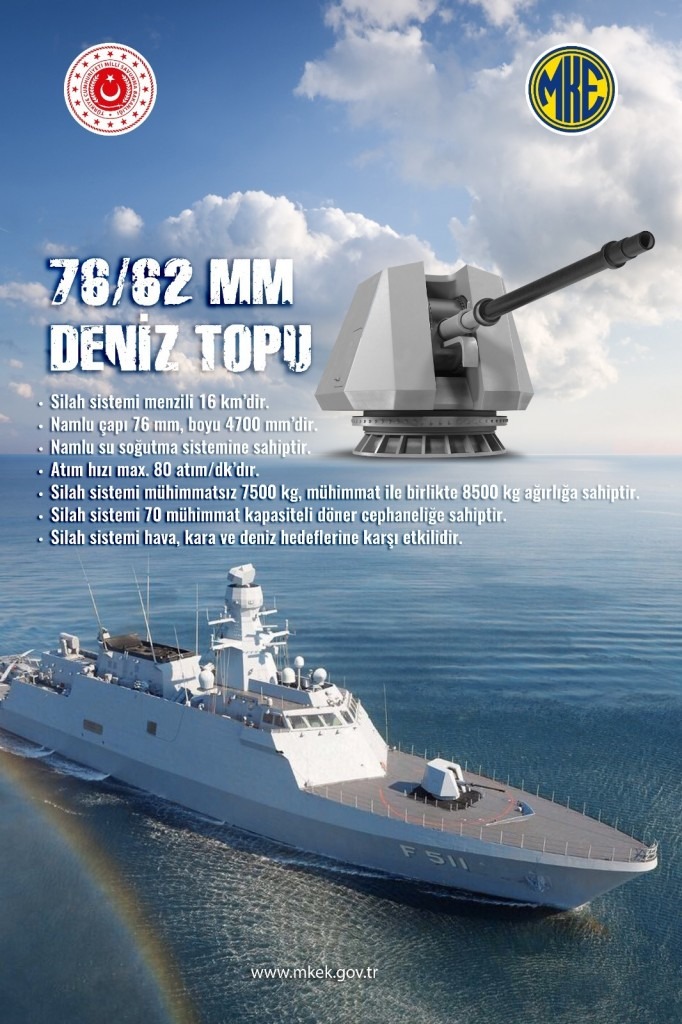 Features of the Domestic 76/62 Naval Gun

Since ship guns shoot at long range very quickly, their development differs from standard howitzers and cannons. Therefore, ship gun development and production is a challenging process. Italian OTO Melara (under the Leonardo Group) 76 mm ship gun is used in the inventory of the Turkish Naval Forces. The OTO Melara 76 mm ship gun is used in Gabya class frigates, ADA class corvettes, and Rüzgar, Doğan class, Yıldız class and Kılıç class gunboats in the Turkish Naval Forces inventory. The 76 mm gun system produced by OTO Melara has 3 different versions: Compact, Super Rapid and Strales Systems. Turkish Navy ships mostly use the Compact model. The Super Rapid model is used in newly produced ships. The Turkish Navy stands out as one of the navies using the 76 mm gun the most. With the domestic development of this cannon, a significant amount of resources will remain in the country.