by Kerem Ketencioğlu
in Land Forces and Land Systems
0

#Ukraine: The Italian FH70 155mm howitzers are already being used by the Ukrainian Army- an unknown quantity of them was recently donated by Italy. pic.twitter.com/RTCGgctnl2

The fact that the Ukrainian Army completed the adaptation process of its personnel to Western weapons in as little as two weeks, as seen in the FH70 howitzers, reveals the potential to gradually increase the density of Western-based weapon systems on the Ukrainian side and to change the balance in this way. In a report published by Army Recognition last month, Italy’s PZH 2000 and M109L 155 mm self-propelled howitzer, SIDAM 25 anti-aircraft gun developed on the M113 chassis, M113A1, VCC-1 APC, Iveco VM90 and LMV 4×4 light tactical wheeled vehicle were sent to Ukraine. It was informed that a grant with different options would be made. The FH70 155 millimeter towed howitzer system is a weapon system developed under a joint program by the UK-based Vickers, Italy-based OTO Melara and Germany-based Rheinmetall companies. The crew number of the weapon system, which is operationally used with 8 crews under normal conditions, can be reduced to 4 crews under heavy service conditions. The FH-70 has a maximum firing range of 24.7 kilometers with all standard 155 millimeter NATO ammunition or 30 kilometers with extended-range shells.

US M777 Howitzers in Service of Ukrainian Army

The US Embassy in Kyiv announced that Ukrainian artillery units are active in the field with M777 howitzers in the ongoing Russia-Ukraine war. In this context, the Embassy shared a post explaining that these systems are used at the forefront against Russian troops. 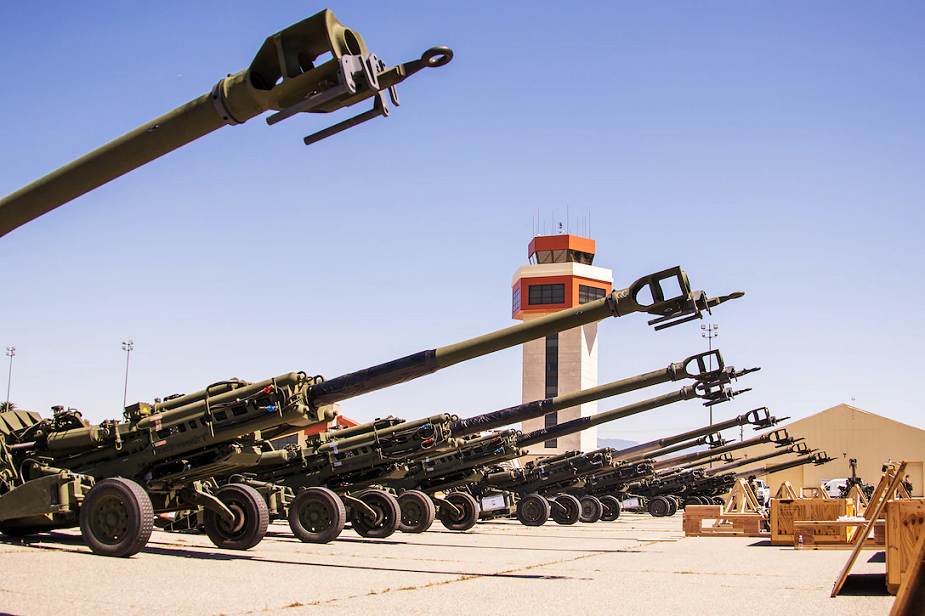 In the post, “M-777 howitzers are at work. This is part of the latest aid package worth $800 million to the Ukrainian Armed Forces. All but one of the 90 howitzers sent by the US are now in Ukraine, and many are already on the front lines.” was stated.

A new turret with guided anti-tank missiles for OTOKAR TULPAR