Dreams are Lancet, the reality is MAM-T!

Target of the promotional video of the MAM-T ammunition developed by ROKETSAN with domestic and national means: Russian Pantsir-S1 air defence system.

In the MAM-T (Smart Micro Munition) promotional video published by ROKETSAN, the Russian Pantsir-S1 air defence system was simulated as a target. The effectiveness of ROKETSAN MAM family ammunition against threats in the battlefield, especially Russian air delivery systems, has been recognized worldwide. A new “MAM-T” was added to the MAM family ammunition that engaged and deactivated the targets together with Bayraktar TB2, especially for Russian air defence systems in Syria, Libya and finally Azerbaijan.

Bayraktar AKINCI TİHA (Unmanned Combat Aerial Vehicle/UCAV), developed by BAYKAR, successfully hit the targets with the smart ammunition MAM-C, MAM-L and MAM-T, which were developed indigenously by Roketsan, in the first firing test on April 22, 2021.

The dreams are Lancet

Baykar Defence’s Bayraktar TB2 was used as the target aircraft in the promotional video of the ZALA LANCET kamikaze UAV published by the Russian state television and radio company VGTRK. In the air-launched concept of the ZALA LANCET kamikaze UAV, which was developed by ZALA Aero, a part of the Kalashnikov Group affiliated to the Russian public institution Rostec, the “TB2 SİHA (Armed-UAV) version of Bayraktar TB2 was targeted.

In the published Lancet kamikaze UAV video, a maximum altitude of 16,000 (!) feet are specified, while the Bayraktar TB2 UAV, which is simulated as a target, has an operational altitude of 18,000 feet and a maximum cruising altitude of 27,000 feet. 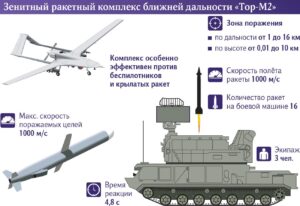 Capability demonstration was previously made in the Tor-M2 air defence system brochure. The transfer of activity against UAV systems was made through the Russian air defence systems hunter, Bayraktar TB2 Armed UAV.

The interest of the Russians in Bayraktar TB2 AUAV and its “super duo” MAM family ammunition, which the Russians are familiar with from various combat areas, has recently been demonstrated through simulating Bayraktar TB2 as a target in the promotions of weapon systems which are both relevant and irrelevant. The demonstration of “simulated capability” in the Western & US systems that we are accustomed because of Russia has recently focused on Bayraktar TB2 AUAV in air defence. Undoubtedly the “super duo” which discredits the Russian systems in the battlefield; aircraft, air defence, electronic warfare systems, tanks, howitzers, guns, armoured combat vehicles, etc. will continue to be shown as the target. 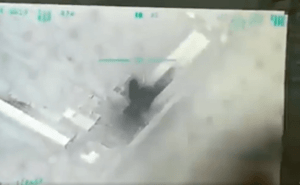 MAM-T, the new member of the MAM (Smart Micro Munition) family developed nationally by Roketsan, was developed to meet the need for higher warhead efficiency and longer range compared to the MAM-C / L. MAM-T Block-1 configuration has ammunition and semi-active laser seeker head that provides high sensitivity against moving and stationary targets. Having been developed to be compatible with different platforms, MAM-T can be used against armored and unarmored vehicles, buildings, and surface targets with 30+ km range capability in UAVs. 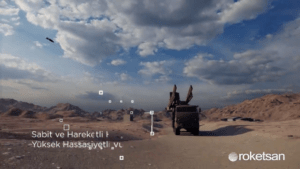 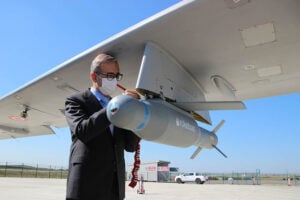 Minister Çavuşoğlu: The European Union has no authority over maritime jurisdictions