Roketsan’s New Cruise Missile Brings Operational Flexibility on the Land, on the Sea and in the Air

by Şeyma Sarıca
in News
0

Cruise Missile ÇAKIR: Roketsans New Cruise Missile Brings Operational Flexibility on the Land, on the Sea and in the Air Roketsans Cruise Missile ÇAKIR, which can be launched from land, naval and, air platforms, is set to become a new force multiplier for armed forces with its state-of-the-art features and effective warhead. Roketsan continues to create new concepts on the battlefield with its new technologies. ÇAKIR – Roketsan’s new Cruise Missile – can be launched from fixed and rotary-wing aircraft, Assault Unmanned Aerial Vehicles (AUAVs)/UCAVs, AUSVs, tactical wheeled vehicles and naval platforms, and offers operational versatility against land and surface targets. With a range of over 150 kilometres, ÇAKIR’s targets include surface targets, land and surface targets close to shore, strategic land targets, field targets and, caves. 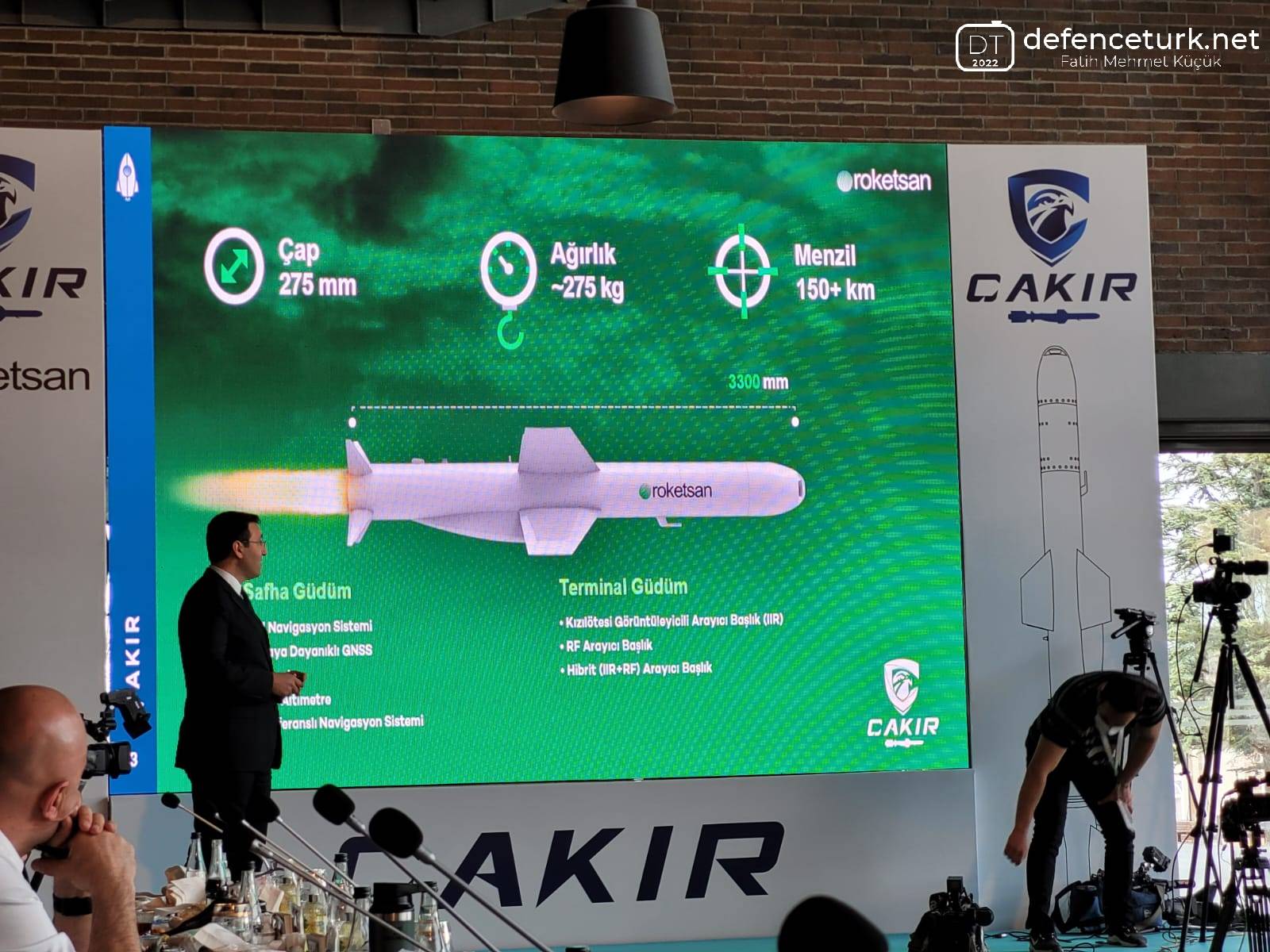 Equipped with a domestic and national KTJ-1750 turbojet engine developed by Kale Arge and the agility brought by its design, ÇAKIR easily performs tasks involving 3D waypoints defined during mission planning. With a unique warhead and hit point selection feature, the Cruise Missile offers a high destructive force against enemy targets. ÇAKIR owes the ability to engage targets with high precision under all weather conditions to its advanced mid-phase and terminal phase guidance systems. Network-based datalink facilitates Man-in-the-Loop capability for target update, attack/re-attack for the in-flight target of opportunity and mission abort. The most prominent features of ÇAKIR are; its design, which allows the platform to carry multiple payloads up to four missiles, and its ability to perform swarm concept missions with inter-communicating missiles.

The swarm concept, through which coordinated attack scenarios with multiple missiles are enabled, can be used to overcome hostile defence systems and ensures high effectivity against single or multiple targets. ÇAKIR offers high survivability thanks to its unique design with radar absorbing material utilized on the frame. ÇAKIR’s ability for super sea-skimming and terrain masking in combination with radar-absorbing structure minimizes the detectability by enemy air-defence systems. Thanks to its Antijam GNSS and altimeter-supported inertial navigation system, ÇAKIR continues on its trajectory even in the event of intense electronic jamming. 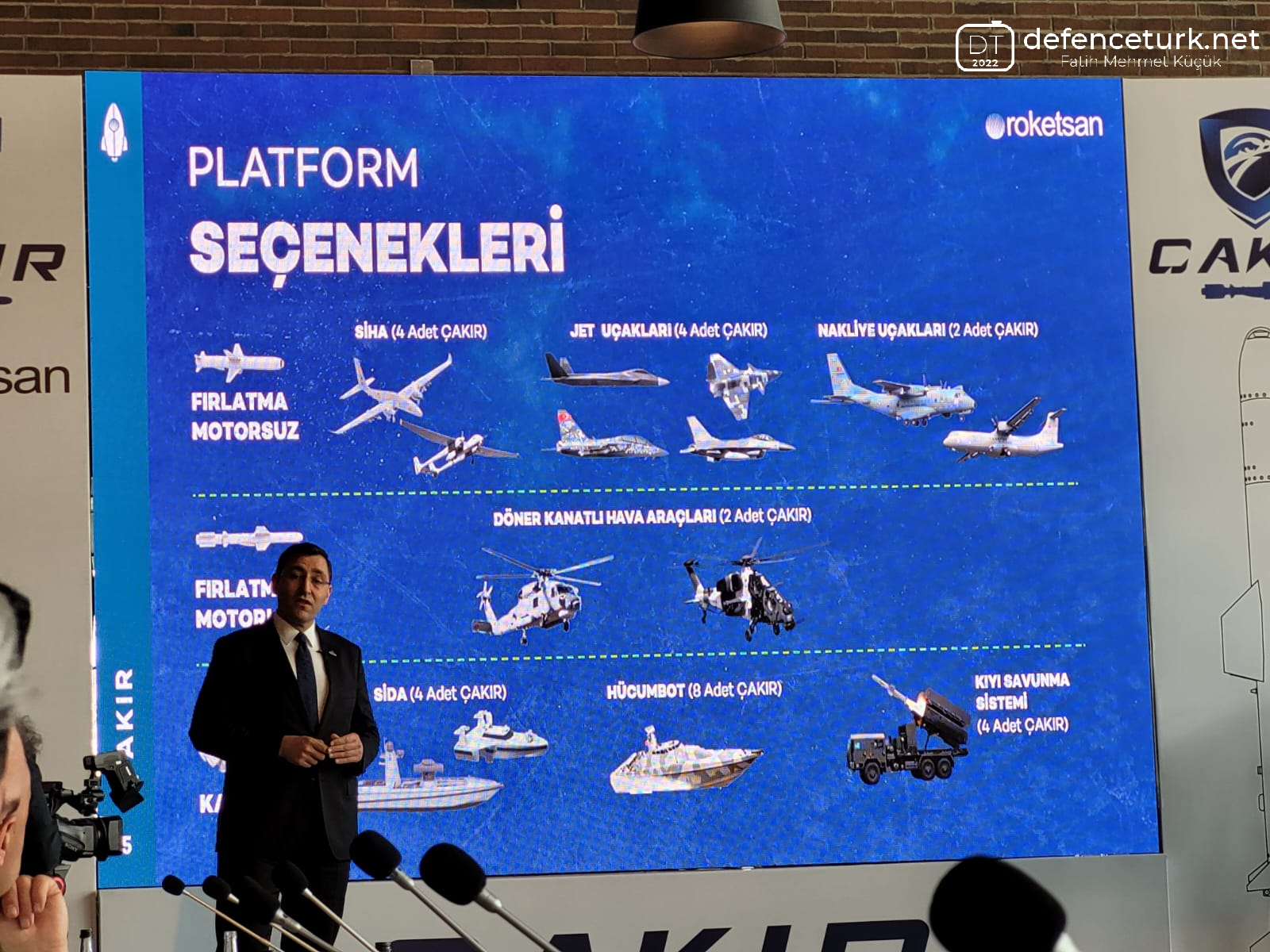 Initiated with Roketsan’s resources, the design studies of the indigenous and national ÇAKIR cruise missile are continuing, with first tests scheduled for 2022, and platform integration for 2023. Within the scope of the launching meeting of the Cruise Missile ÇAKIR on March 31, 2022, a contract will be signed between Roketsan and Kale Arge on the National Turbojet Engine Development. The signature ceremony will take place with the participation of the Turkish President of Defence Industries Prof. Dr. İsmail Demir, Roketsan Chairman of the Board Prof. Dr. Faruk Yiğit, Roketsan CEO Murat İkinci and Kale Group Vice Chairman of the Board Osman Okyay, covers the development and delivery of KTJ-1750 turbojet engine to be used in the Cruise Missile ÇAKIR.