Cooperation with Kazakhstan in satellite systems

Presidency of Defense Industries will cooperate with Kazakhstan on satellite and subsystem manufacturing.

President Recep Tayyip Erdoğan, President of Defense Industry Prof. Dr. İsmail Demir and the accompanying delegation; held important contacts with Kazakhstan in order to further Turkey’s defense industry relations. One of the visits made in this context was to visit the Kazakhstan National Space Center. During the visit, potential collaborations in the space field were discussed.

A memorandum of understanding was signed with Mr. Mussin Bagdat, Minister of Digital Development, Innovation and Space-Aviation, in the fields of observation, communication, satellite and subsystem manufacturing. In addition, during the contacts held in Kazakhstan, a meeting was held with the Minister of Industry and Infrastructure Development of Kazakhstan, Mr. Kayırbek Usenbayev. During the meeting, views were exchanged on the cooperation issues of the two countries. 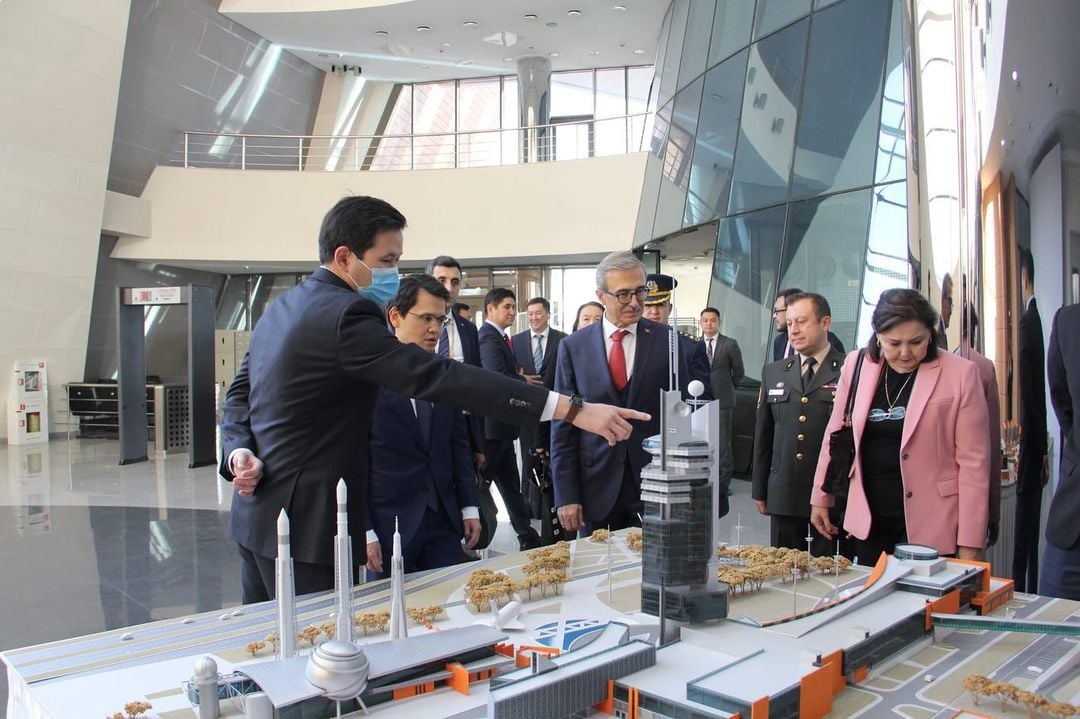 Cooperation with Kazakhstan in the field of space from TAI

Turkish Aerospace Industries signed a memorandum of understanding with Kazakhstan-based Kazsat and Ghalam companies to cooperate in the field of space. Announcing the development on its official Twitter account, TAI expressed:

“This is the first step in strong cooperation with Kazakhstan in the field of space. The MoU we signed with Kazsat and Ghalam companies on the establishment of long-term strategic cooperation in the fields of satellite and space will be beneficial to our country and nation.”

Production base in Kazakhstan for ANKA UAV
Turkish Aerospace Industries signed a new cooperation with Kazakhstan, with which ANKA Unmanned Aerial Vehicle signed an export agreement last year. With the memorandum of understanding signed between TAI and Kazakhstan Engineering company, ANKA Unmanned Aerial Vehicle will be produced jointly in Kazakhstan. In addition to joint production, cooperation will be made on technology transfer issues including maintenance and repair processes. 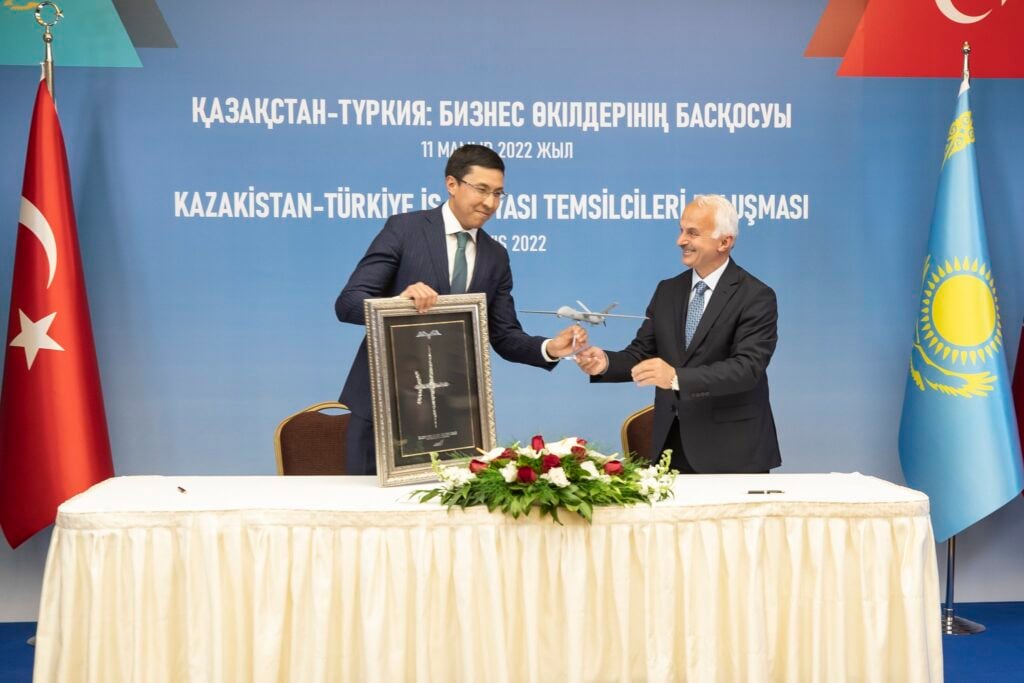 A New Game-Changing System from ROKETSAN and STM: ALPAGUT