Exacerbation in the USA emanates from ANTIFA connected to YPG/PKK

ANTIFA, a left-wing organization present in many countries, is now marked by its activities in the protests now taking place in USA, anti-Turkey propaganda and support for the recruitment and protests of PKK/YPG terrorist organization.

Within this scope, it is possible to conclude that USA finds a middle ground with Turkey.

What is ANTIFA? Who makes it an organization?
Mark Bray, author of The Anti-Fascist Handbook, says modern American Antifa movement ANTIFA sprung out as a group called Anti-Racist Action in 1980s. The exact origin of the group is unknown.

Brian Levin, Director of the Center for the Study of Hate and Extremism at California State University, San Bernardino says that modern-day members of ANTIFA have become more active in promoting themselves at public rallies and within progressive movement.

Worldwide Activities and Ties with YPG / PKK Terrorist Organization
Active in and around Cologne/ Germany, ANTIFA members have made a request to “lift the ban on the PKK”. ANTIFA, which operates especially in Germany and Europe, gathers those who sympathize with YPG / PKK terrorist organization in this region and transports them to Syria.

One can see the symbols and banners of PKK/YPG terrorist organization in a protest held by ANTIFA in Germany.

During the Operation Olive Branch launched by Turkey in Afrin, ANTIFA members and terror sympathizers appeared on the streets, organizing attacks in Turkish neighbourhoods.

Anti-Turkey propaganda is still made on the Twitter account of ANTIFA with the highest number of followers. Furthermore, ANTIFA members in the ranks of YPG/PKK headquartered in Syria are clearly visible on the same account.

The US government shut its eyes to the fact that the members of ANTIFA, which claims it is not affiliated to PKK terrorist organization, joined and continued to promote YPG, espousing a Marxist-Lenninist ideology, and thus, helped it expand within the region. As an outlooker to what has occurred, USA is now facing the activities of ANTIFA members, also supporters of PKK/YPG and posing a great risk to interior security, on account of George Floyd protests.

For a long time, the terrorism activities of YPG/PKK and ANTIFA, both of which propagated from a common ideology, have been advocated by the US public opinion. The extremism and lootings in the demonstrations , ignited after George Floyd was murdered by a police officer, are carried out by ANTIFA sympathizers at present.

ANTIFA, also present in Italy, must be cleared out of this region, which is a security problem for Europe. Provoking demonstrators in every protest on the streets, ANTIFA operates within the region to obtain finance for YPG/PKK terrorist organization.

Also disseminating communist ideas in Europe, ANTIFA precipitates a surge of anarchist structures.
Danish ANTIFA members and sympathizers arrived in Syria and subsequently joined the ranks, which was shared by the terrorist organization.

Stunning rendition of #AntiFa Bella Ciao anthem as the body of Italian anarchist Lorenzo Orsetti who fell in the fight against ISIS is returned to Florence. He was with the YPG, one of several international #anarchist volunteers who gave their lives pic.twitter.com/Y3Xa5gN2yU

The terrorist sympathizers are trained and learn how to use weapon in Syria. When the training is finished, they return to Europe without facing any difficulties.

To what extent can the members of this terrorist organization acclimatized to such violence in Syria be effective in Europe? Is Europe aware of this danger? Even if it is, does it remain silent due to the anti-Turkey propaganda?

Intensifying its campaign day by day, ANTIFA must be scrutinized whether it trained local ANTIFA members in order them to properly use weapons after ANTIFA members returned to Europe and the USA following the trainings in Syria.

Anna Campbell, a British citizen brought to Afrin, joined YPG/PKK terrorist organizations and was neutralized during the Operation Olive Branch launched by Turkish Armed Forces to counter terrorism on January 20, 2018.

When ANTIFA-related Twitter accounts shared the death of Campbell, they divulged the connectiın to PKK/YPG terrorist organization.

Solidarity with all international fighters defending Afrin & Rojava from the murderous Turkish pigs! Your struggle will not be forgotten and will not be in vain.

ANTIFA recruits personnel for PKK/YPG in Suriye and Iraq through operating in secrecy amongst different civil society organizations or tribune groups as well as universities.

Europe must pattern Turkey on itself and partake in counter-terrorism activities in order to fight against radical paramilitary organizations.

It is also possible to see ANTIFA members in the tribunes of French Red Star FC. The PKK/YPG terrorist organization continues to recruit personnel to be transferred from Europe to Syria over these groups.

ANTIFA also recruits people from social settings in this way. 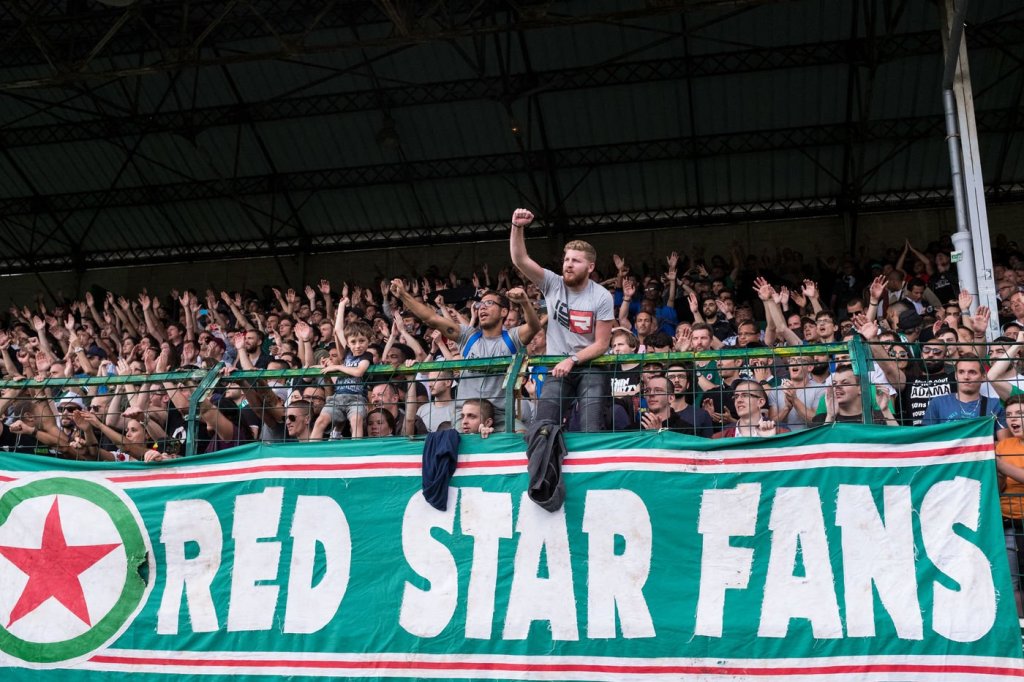 In 2019, Jack Posobiec stated that both ANTIFA and YPG/PKK were communist groups and should not be freely accommodated in Syria.

The US public will react to this situation if people receive accurate information about the actions and activities of ANTIFA. Particularly, ANTIFA’s activities prone to violence and looting in the ongoing protests shows the danger of this left-wing organization.

The PKK/YPG are communist insurgents who train Antifa. They cannot be permitted a safe haven in Northern Syria https://t.co/fceURKG2sJ

Street Demonstrations and ANTIFA
In Turkey, in many demonstrations associated with PKK/YPG, public properties are damaged. A similar incident can also be seen in street demonstrations organized by ANTIFA members, which has connection with YPG / PKK, and terrorizes in the city.

While ANTIFA-linked social media accounts continue to openly express their support for YPG / PKK terrorist organization, the lack of precautions to prevent this poses threat to security.

During the “Yellow Vest” movement, which started in France on November 17, 2018, the streets turned into a battlefield after the sympathizers of ANTIFA appeared on the streets and exacerbated the protests.

All these images prove that ANTIFA has close ties with other left-wing and paramilitary organizations.
In the photo below, a “TKPML” tagging on the wall is seen in the black circle.

USA
On May 30, 2020, U.S. President Donald Trump announced that it was only ANTIFA and the radical left who looted the shops and set the streets ablaze during the demonstration for George Floyd.

It’s ANTIFA and the Radical Left. Don’t lay the blame on others!

Calling attention to and warning about the activities of ANTIFA in Syria in 2019, Jack Posobiec readdressed the issue of ANTIFA, which was involved in the street demonstrations that started in the United States and damaged the public property and civil properties by carrying out vandalist activities on the streets.

US public opinion must be correctly informed of the radical left members of ANTIFA and YPG / PKK terrorists. Members of the organization, who can return to the USA from Syria without facing any obstacles and who receive training in many fields ranging from explosives to the use of weapons in Syria, can easily share posts on YouTube and similar platforms.

US President Donald Trump has announced that he will designate ANTIFA as a terrorist organization. Turkey may obtain political advantages if she unearths the relationship between ANTIFA and YPG/PKK and thus acquaints the US public opinion with the situation through disseminating correct information.

In that vein, hundreds of members of ANTIFA are in the ranks of YPG / PKK in Syria.

The United States of America will be designating ANTIFA as a Terrorist Organization. 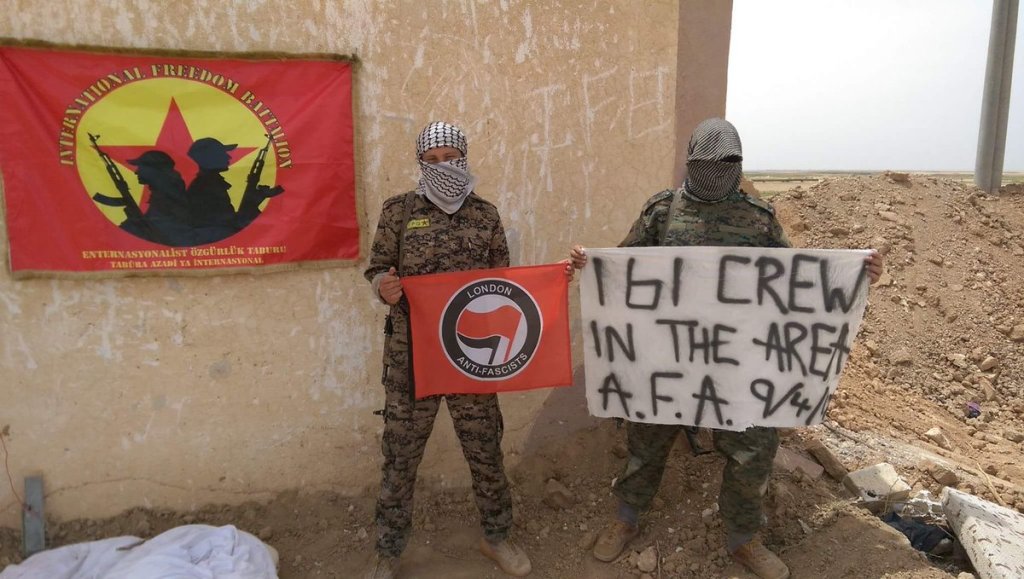 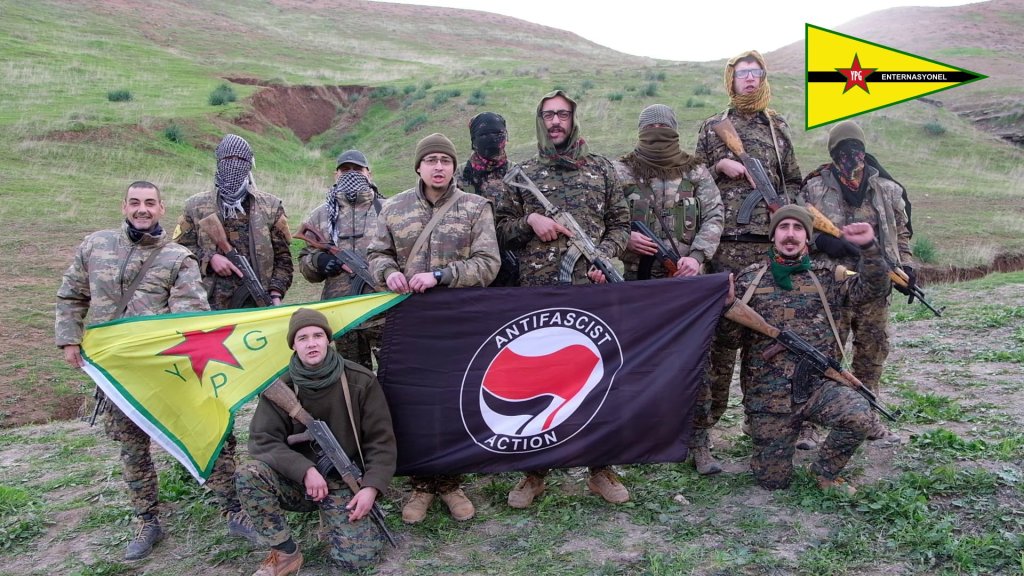 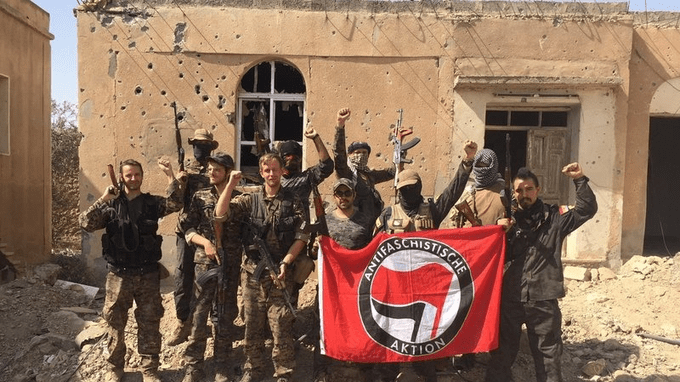 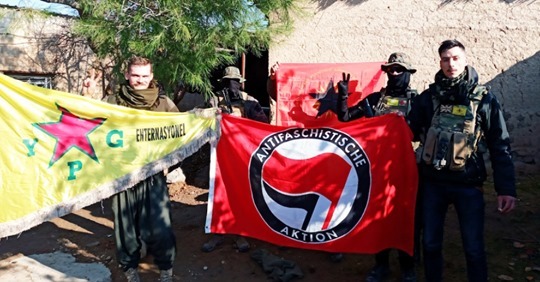 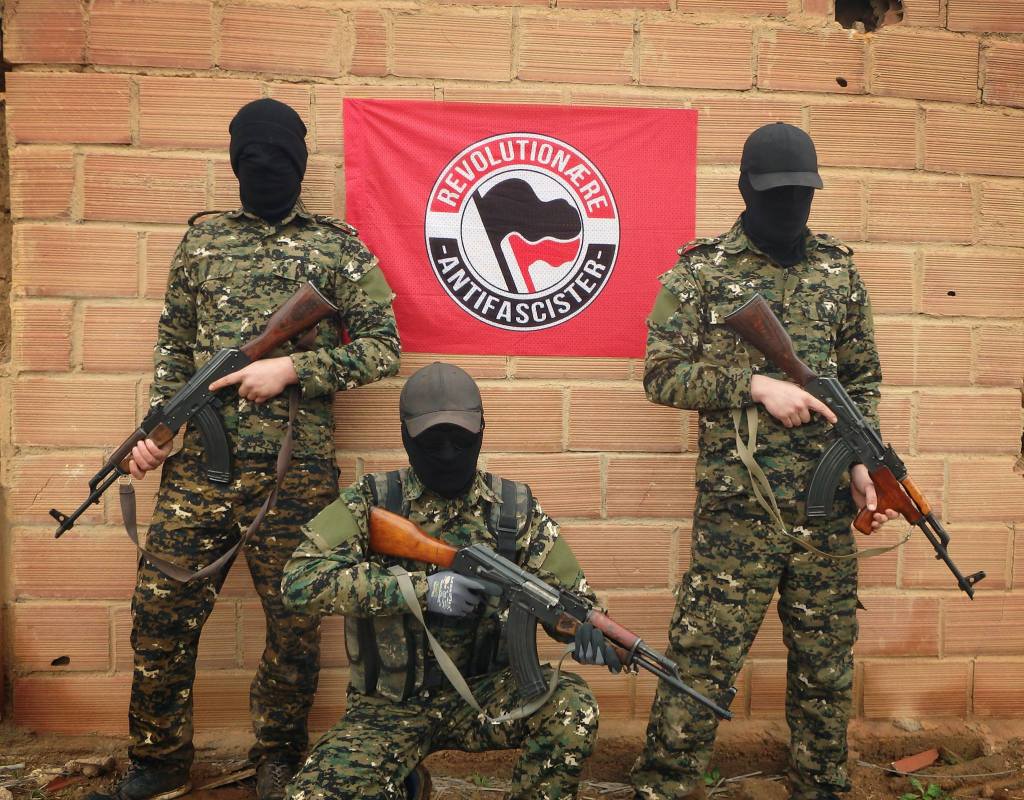