The 2.75” Laser Guided Missile CİRİT is stored in a canister to ease loading to the launcher and is fired from a “Smart Launcher”. The launcher is compatible with MIL-STD-8591, MIL-STD-1553 and MIL-STD-1760 interfaces.

The 2.75” Laser Guided Missile CİRİT’s versatile design permits easy integration with different platforms. It has already proven its capabilities in both air-tosurface and surface-to-surface engagement scenarios.

Its Smart Launcher allows for platform and target information to be transferred automatically to the missile prior to firing to enhance the performance envelope. Communication through the Smart Launcher MIL-STD-1760 Interface enables transfer of alignment, utilizing the position and status of the platform, environmental conditions, target coordinates and position of the target.

The 2.75” Laser Guided Missile CİRİT can be integrated into various platforms such as helicopters, UAVs, land vehicles, fixed/towed land platforms, close air-support aircrafts, naval platforms, including coastguard vessels and fast patrol boats. Target designation can be carried out from the firing platform or from any other designator. 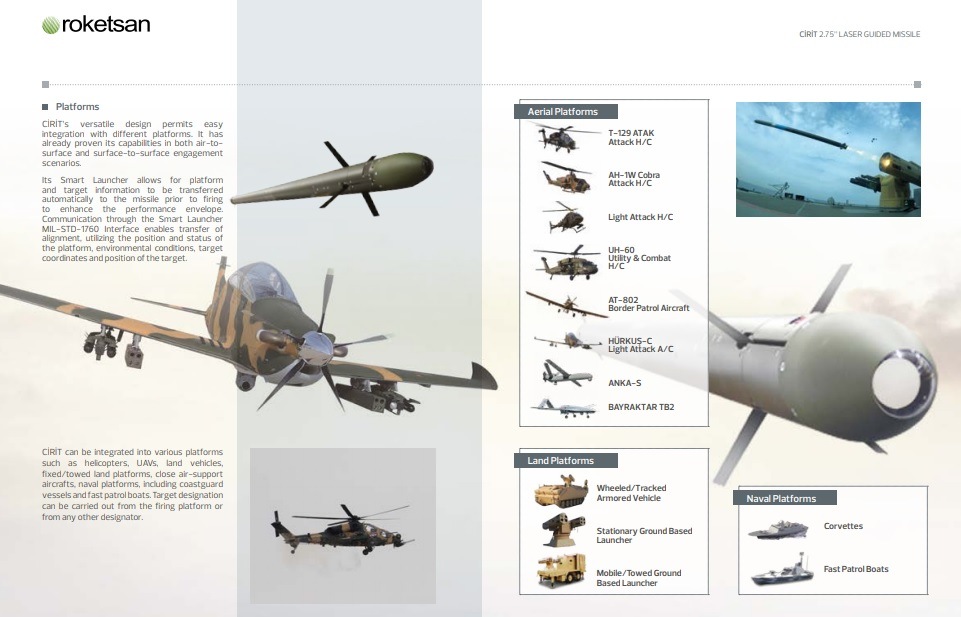