by Kevser Taşlık
in Air Force and Air Systems
0

The Çağatay CGT50 UAV System, developed by Coşkunöz Defense & Aerospace and UAVERA, is exhibited for the first time in Eskişehir, Turkey.

UAVERA, the company of Coşkunöz Defense and Aerospace, which produces technologies for unmanned aerial vehicles (UAV) and UAVs, participated in the Eskişehir Industry Fair with a strong and wide product portfolio.

UAVERA’s Sub-Cloud UAVs and target platform UAVs, which are the first in Turkey, got a huge interest from the visitors at the fair.

Eskişehir Industry Fair that kicked off on June 9, 2021 and closed on June 12, 2021, welcomed firms in the sectors of defence and aerospace. Coşkunöz Defense & Aerospace conveys its talents in the fields of body assembly, production of structural parts, production and assembly of finished products in the cabin for fixed and rotary wing platforms in the field of aerospace. 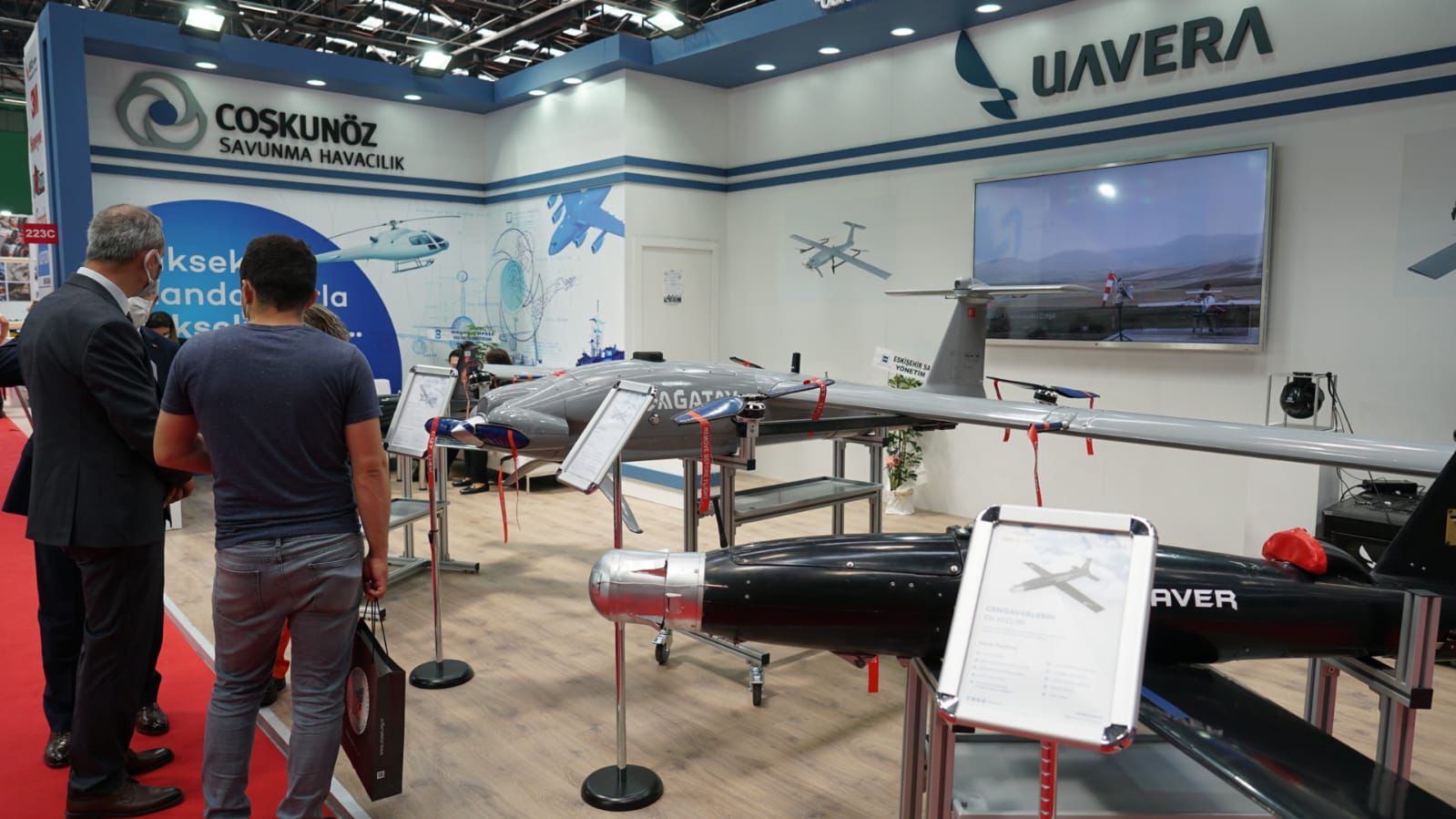 A great interest to the Turkish UAVs

UAVERA, is a completely national UAV manufacturer and service provider, took its place at the fair with its wide product range that can meet all kinds of needs.

UAVERA’s sub-cloud small class fixed-wing UAVs that are the first in Turkey, and target platform UAVs which can reach high altitudes and speeds, met with intense interest from the visitors at the fair.

Çağatay CGT50 UAV System whose R&D, design and prototypes were developed by UAVERA, and mass produced at the production facilities in Eskişehir with the quality of Coşkunöz Defense and Aerospace, was exhibited for the first time in Eskişehir.

Çağatay UAV which is in the sub-cloud UAV class, can stay on the air up to 6 hours, and currently has a communication range of up to 150 kms. Cengaver UAV systems- another UAVERA brand- and Flight Control Systems and Simulation systems developed by UAVERA engineers, was also exhibited at the stand.

Çağatay CGT50 is a UAV system that able to do VTOL (vertical) landing and take off. Çağatay CGT50 uses an electric motor for vertical take-off and landing. Thus, it does not need a runway or catapult/launcher. Çağatay CGT50 has a wingspan of 4.65 meters, and was designed and manufactured with national resources. The body of the UAV is manufactured from composite material by molded manufacturing.

Çağatay CGT50, which has a useful load carrying capacity of 5 kg, is used with a 100cc engine. Average fuel consumption is 1L/hour. So, it can work for 6 hours. The Çağatay CGT50, which can land on an area of 5×5 m, is ideal for missions where landing-take-off areas are limited or dangerous. The work of the UAV on the water and at the moving points still continues.