by Berke Uygaç
in Articles
0

One of the most crucial needs of the Turkish Naval Forces Command, the TF-2000 Aerial Defense Destroyer’s main sensor, the Multi Purpose Phased-Array Radar system (ÇAFRAD) is on the agenda once more due to claims made regarding the projects started for its domestic production.

For a long time it was stated that for the armament of TF-2000, most details of the destroyer’s design were halted due to ÇAFRAD project. But latest claims point out that it is in fact the opposite, and there are a variety of new developments in TF-2000 project that are expected for the Phase Two of ÇAFRAD project. In addition, ÇAFRAD’s Phase One tests were completed, as reported by the Ministry of Defence Industries back in Februrary 2019.

As ÇAFRAD’s weight, center of gravity and dimensions will be exclusively designed for TF-2000, Phase Two has to be approved by the Defence Industry Executive Committee (SSİK) at the same time with TF-2000 project. As a result, significant developments in TF-2000 are also expected. 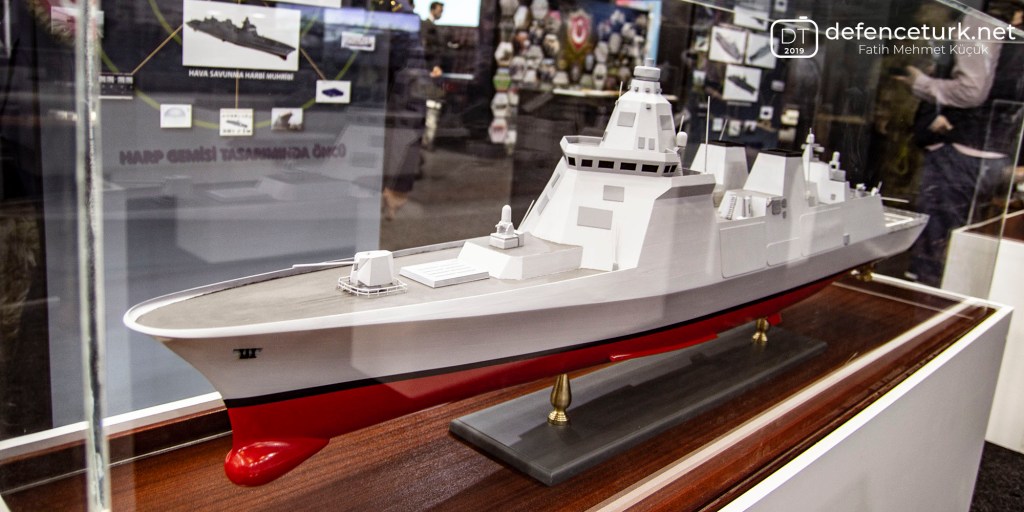 On Phase Two, multidimensional MFR and IR, as well as the Long Range Radar (LRR) are expected to be developed and procuded and then, all systems are to integrated along with the IFF system.

In ÇAFRAD, the radar used under Early Warning Radar Systems (EIRS) will be utilized as LRR. As reported previously by Defence Turk, EIRS project’s previous successful tests are still ongoing with the addition of more test phases. The system is expected to be completed on January 2021. Thus, even though Phase One features no LRR, ÇAFRAD’s LRR system will be ready before Phase Two begins.

With the Active Electronic Phase Scan (AESA) of ÇAFRAD, many radars can be used within its structure together as well as used seperately for different purposes all at once. Its radars can also be rescaled to be intergrated into different platforms. These aspects help ÇAFRAD answer various radar-related needs of Turkish Armed Forces.

Regarding the defence of territorial waters, defence of the Turkish soil from naval threats, to achieve mid-scale global power goals as stated in the Turkish Naval Forces Command Strategic Declaration and detecting, identifying and stopping any threats from a long distance, TF-2000 and the capabilities of ÇAFRAD are of great importance.