TAI completed the modernization of 7 aircraft as part of the Erciyes Project covering 19 aircraft to be upgraded.

Turkish Aerospace Industry (TAI) continues to provide world-class services in all areas of the aviation ecosystem. Within the scope of the Erciyes Modernization project, the modernization activities of a total of 23 systems and 117 components continue to be carried out with the central control computer completely developed by TAI engineers and called “the brain of the aircraft”. TAI has completed the modernization of 7 aircraft as part of Erciyes C130 modernization project covering 19 aircraft in total and is expected to receive the 8th aircraft for modernization in the coming days. 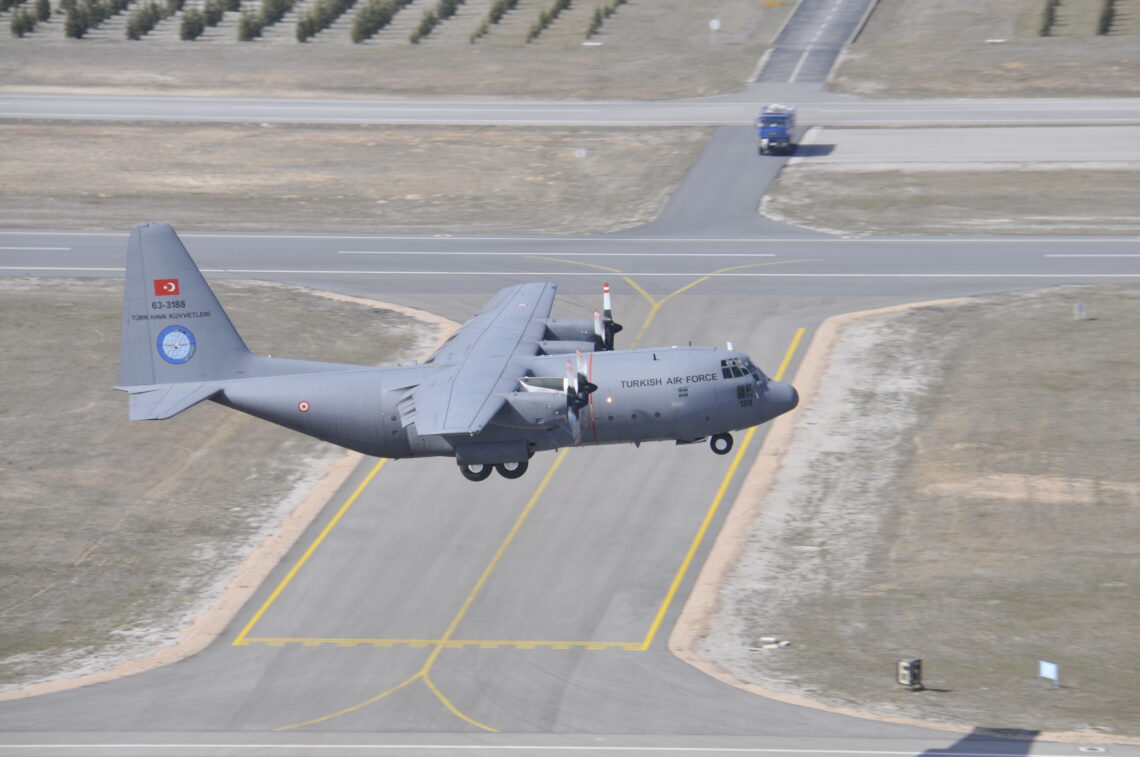 TAI redesigned the central control computer of Erciyes C130 aircraft by its engineers and assembled them on aircraft and at the same time modernizes critical parts such as GPS, indicator, anti-collision system, air radar, advanced military and civilian navigation systems, black box, communication systems, advanced automatic flight systems (military and civil), the capability to operate in the military network, and ground mission planning systems. In this way, the modernization that facilitates the mission capabilities of C130 aircraft reduces the pilot’s workload as well as ensuring safe flight with automatic route tracking from take-off to landing.

With the modernization, C130 aircraft, with enhanced situational awareness, gained the ability to safely land in airports. The aircraft with the latest technology integrated are able to execute missions as well as fulfilling digital military / civil planning. Compliance with civil aviation rules has been achieved to save time and fuel. The first prototype aircraft was delivered in 2014 within the scope of the Erciyes C130 project inked in 2007. The project covers a total of 12 aircraft to be modernized and is thoroughly carried out by TAI Engineers.