“When we came up with the idea of developing such an aircraft, we saw that you needed it in the world. I can say that it is an innovation in the world because mostly helicopter platforms have been studied. It is currently under development and we think it will be a huge force multiplier. Bayraktar TB3 UCAV will have a system that can take off and land with very simple cranes and rescue nets, ıt will even be able to land without the need for rescue nets.” 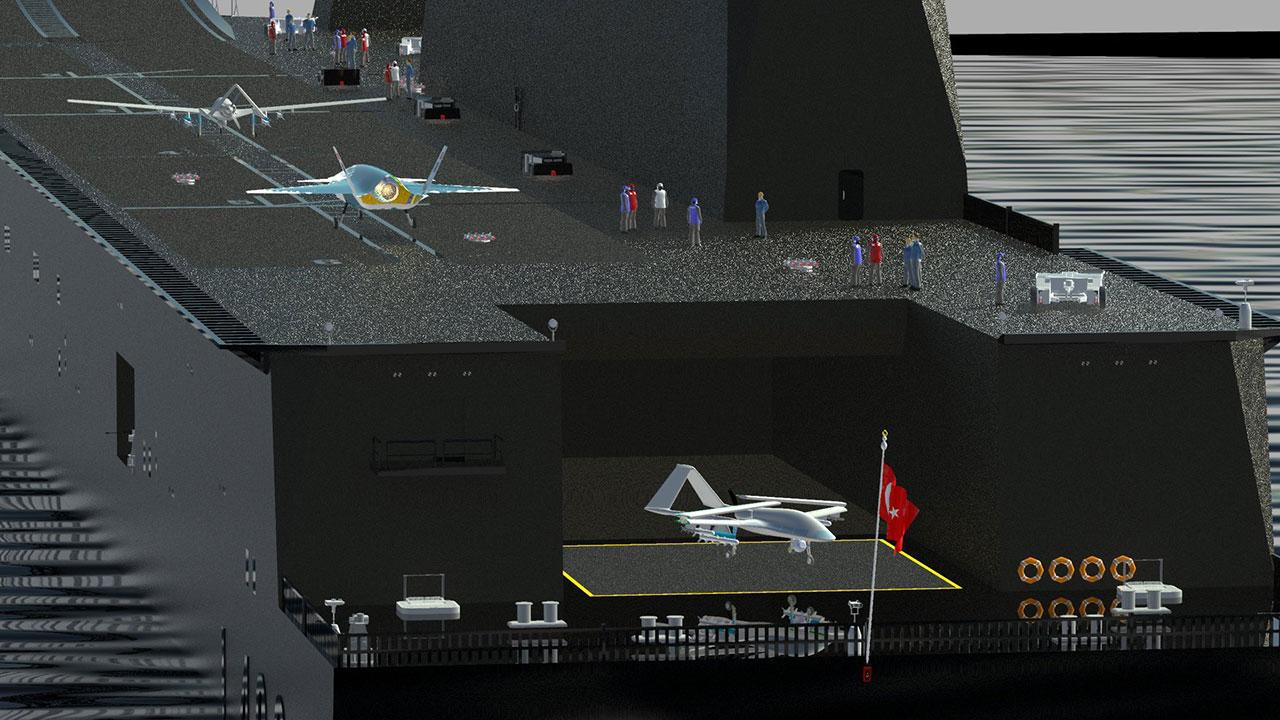 MIUS will perform a joint mission with TB-3

In addition to these, Selçuk Bayraktar stated that MIUS, another platform planned to be deployed in TCG Anadolu such as TB3, can perform duties together with Bayraktar TB-3. Bayraktar underlined that MIUS and TB-3 can become a bigger power multiplier with this synergy.

The TB3 UCAV, which will be deployed on the ship, will have a take-off weight of 1450 kg, according to the specifications presented by Selçuk Bayraktar. The wings of the UCAV, which is expected to have a maximum flight time of 24 hours, will be foldable. The first flight of Bayraktar TB3 UCAV will take place in 2022.

In the process of transforming TCG Anadolu LHD into an armed unmanned aerial vehicle ship, between 30 and 50 Bayraktar TB3 UCAV platforms with foldable wings will be deployed to the ship. Bayraktar TB3 UCAV systems will be able to land and take off using the deck of TCG Anadolu. It is stated that with the command centre to be integrated into TCG ANADOLU, at least 10 Bayraktar TB3 UCAVs can be used in operations at the same time.