Haluk Bayraktar, who made a presentation from the joint event of the Circle Foundation and the Royal United Services Institute (RUSI) on 28 May 2021, shared the updated technical features of the Bayraktar TB2 UCAVs system.

It drew attention that there are updated data in the technical specifications of the Bayraktar TB2 UCAVs system.

The previously said to be 650 kg information of MTOW (Max take-off weight) for Bayraktar TB2 UCAVs was included as 700 kg in the presentation. It is estimated that the current 700 kg number is based on the platform MTOW difference in LOS and BLOS systems.

The current 100 hp engine data for Bayraktar TB2 UCAVs  was included in the presentation as 105 hp.

By integrating the SATCOM antenna into the Bayraktar TB2S UCAVs, UCAVs can communicate with the ground control station in an area as wide as the coverage area of the connected satellite by eliminating the range limitation of the line of sight (LOS) connection, and it can operate in a wider area, at a higher range.

Recently, Armed UAVs were brought to agenda with the embargoes on the electro-optical camera used, and in a short time the systems integrated by ASELSAN CATS were tested and then the systems were included in the inventory.

It is not known which SATCOM is used, since the TB2 UCAVs  has not been officially launched yet However, there is a SATCOM system produced locally by the CTech company. Therefore, it can be evaluated that there is no danger of embargo.

Bayraktar TB2, Turkey’s first national and original UAV, will be exported to Poland. The agreement on export was signed at the Presidential Complex in the presence of President Recep Tayyip Erdoğan and Polish President Andrzej Sebastian Duda by Baykar General Manager Haluk Bayraktar and Polish Defense Minister Mariusz Blaszczak on May 24, 2021.

First UAV export to a NATO and EU member country

Bayraktar TB2 AUAVs, which broke new ground in the history of Turkish aviation, will fly in the skies of Poland after Ukraine, Qatar and Azerbaijan. Thus, for the first time, Turkey will have exported a high-tech AUAV (Armed Unmanned Aerial Vehicle) to a NATO and European Union (EU) member country. 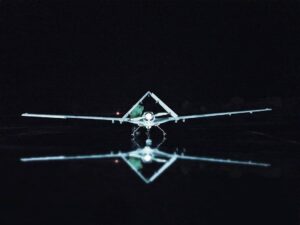 24 units of Bayraktar TB2 UCAVs will be exported

Within the scope of the agreement with Poland, the 4 systems to be exported from Turkey will include 24 units of Bayraktar TB2 UCAVs, as well as ground control stations (YKİ) and ground data terminals (YVT). In addition, MAM-C and MAM-L mini smart ammunition, which are used in national SİHAs and developed nationally by Roketsan, will be exported to Poland.

330 thousand hours in the sky

Bayraktar TB2, which was designed and developed nationally and originally by Baykar and is the best in its class in terms of its technical features and the operations it participated in, has left behind 330 thousand hours of successful flight. National AUAVs continue to carry the title of the national aircraft that has served the longest in the sky. 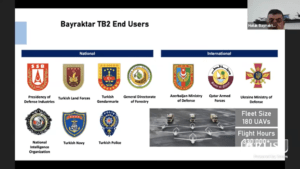 Bayraktar TB2 UCAVs first entered the inventory of the Turkish Armed Forces (TAF) in 2014. The unmanned aerial vehicle, which was armed in 2015, is operationally used by the Turkish Armed Forces, Gendarmerie General Command, General Directorate of Security and MIT (Turkish Intelligence Organisation). Bayraktar TB2 UCAVs has been actively working in the fight against terrorism in Turkey and abroad by the security forces since 2014. Currently, 180 units of Bayraktar TB2 UCAVs, which are in the inventory of Turkey, Ukraine, Qatar and Azerbaijan, continue to serve.

Record level for the locality

Since the early 2000s, Baykar has developed the software and hardware systems, which are the biggest added value in the field of unmanned aerial vehicles, nationally and originally with its team of Turkish engineers, and it is shown as one of the world’s leading technology companies in its field with its engineering power in 13 different disciplines. All critical components, such as the design and software, of Bayraktar TB2 UCAVs, which are produced with a 93% domestic industry participation at a record level in the world, are developed nationally and uniquely by Baykar.

The first UAV to have been exported

Bayraktar TB2s, the first SİHA system exported by Turkey to the world, are followed with interest by the world aviation and defense industry. The operational success of National UCAVs in the countries where they are used also enabled the export of an advanced aircraft to a NATO and EU member country for the first time in the history of the Republic. Within the scope of the agreements made, Bayraktar TB2 UCAVs were exported to Ukraine, which produces Antonov cargo planes, which have a deep-rooted history of 100 years in aviation and which are the largest aircraft in the world, and then to Qatar and Azerbaijan. Now it will continue to work in Poland, which has one of the largest economies in the European Union. 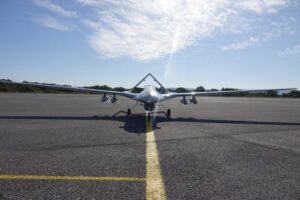 Bayraktar TB2 UCAVs broke its own record by flying non-stop for 27 hours and 3 minutes in challenging geographical and climatic conditions such as high temperatures and sandstorms during the demo flight it participated in on July 16, 2019 in Kuwait. National UCAVs operate in all unfavorable weather conditions such as desert heat, freezing cold, snow and storm in Qatar, Syria, Ukraine and Karabakh. In the history of Turkish aviation, the National UCAVs broke the Turkish altitude record with an altitude of 27,30 feet in its class.

Developed by Baykar with national and original design, software, avionics and mechanics; approximately 40 different computer systems carry out a duty within the robot aircraft Bayraktar TB2. Bayraktar TB2 UCAVs system, which has fully autonomous taxi, take-off, normal cruise and landing capabilities with its triple redundant avionics systems and sensor fusion architecture, has been actively used since 2014. Bayraktar TB2, which can carry 4 MAM-L and MAM-C missiles produced by Roketsan on its wings, has the capability of precise targeting with its built-in laser target marker. With these features, Turkey stands out as one of the 4 countries in the world that produces its own UCAVs and ammunition.