Speaking at the ESAS’20 event, Serhat Gençoğlu, Presidency of Defense Industries Head of the Department of Air Defense and Space, presented the battery structure of the Long Range Regional Air and Missile Defense System (UMBHFSS) SİPER.

Gençoğlu confirmed that TEIRS (Portable Early Warning Radar System) radar will be used for SIPER and a version of SIPER can be used in the Naval Forces together with ÇAFRAD (Multifunctional Phased Array Radar).

The tests have begun on the EIRS (Early Warning Radar System) which will be the Long Range Search Radar (UMR) of the ÇAFRAD system. As part of the project, the system is planned to be delivered in the first quarter of 2021.

In the Multifunctional Phased Array Radar (ÇAFRAD) project, as it is the main sensor of the TF-2000 anti-air warfare destroyer,  there are some various developments that may imply the TF-2000 project proceeds to the Phase-2. 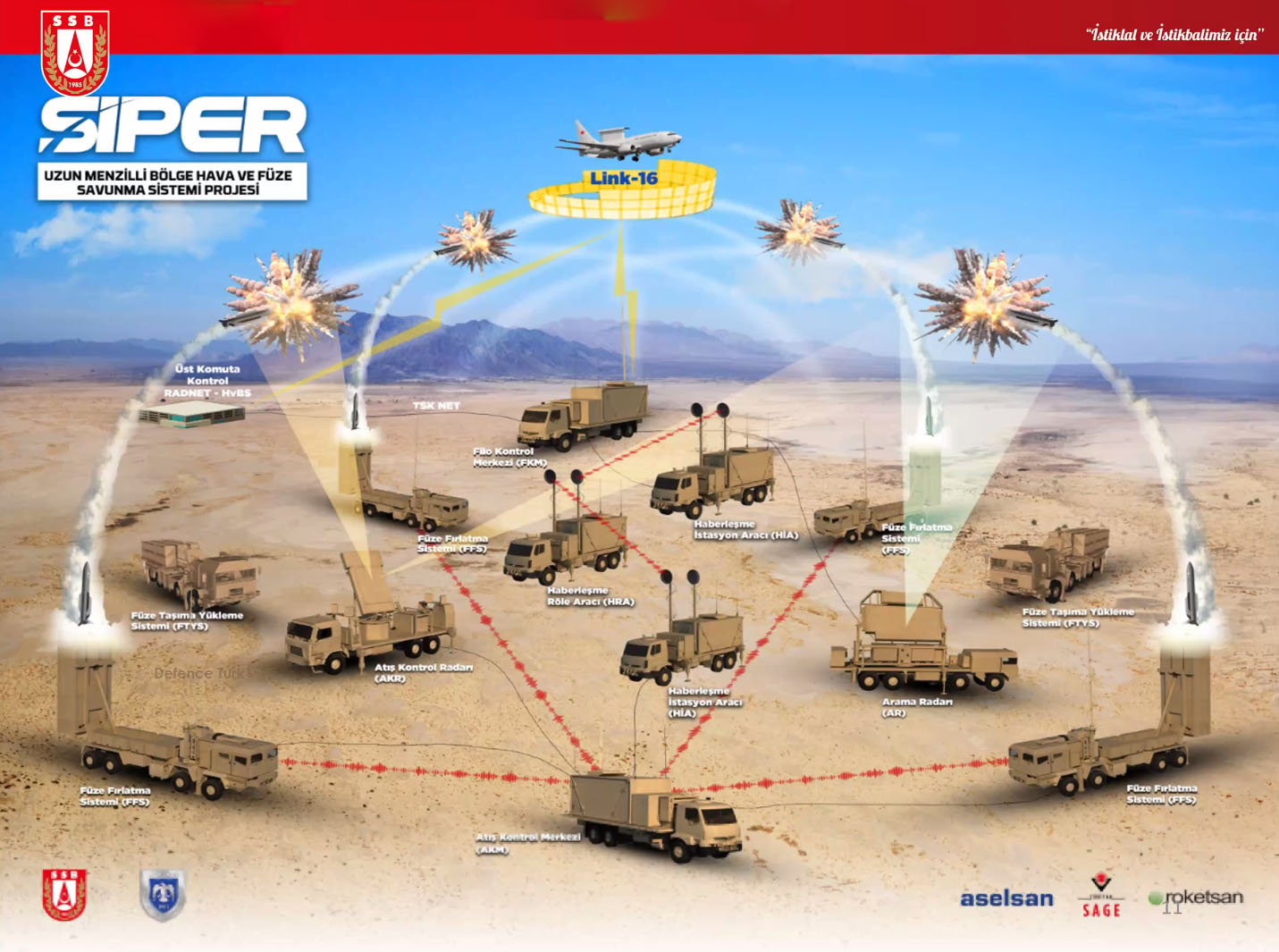