TR
No Result
View All Result

B-1s integrate with Ukrainian and Turkish aircraft for first time

by Seray Güldane
in Air Force and Air Systems
0

This marked the first time that a Bomber Task Force mission integrated with Ukrainian Su-27 Flankers and MiG-29 Fulcrums and Turkish KC-135s.

“Bomber Task Force missions to Europe demonstrate commitment to our allies and partners all while providing a clear deterrence message to any adversary,” said Gen. Jeff Harrigian, U.S. Air Forces in Europe and Air Forces Africa commander. “The integration of our strategic bomber presence across Europe proves that the U.S., alongside any ally or partner, stands ready to deter, and if needed, can employ these capabilities together.”

The flight also included integration and interoperability training with Polish F-16s and MiG-29s and Romanian F-16s and MiG-21s, which provided escort and combat patrol overwatch in the Black Sea region.

A KC-135 Stratotanker from the 100th Air Refueling Wing, RAF Mildenhall, England, Turkish and U.S. KC-135s based out of Incirlik Air Base, Turkey, and other NATO aerial refueling aircraft enabled the B-1 to complete the round trip from Ellsworth Air Force Base without delay, while also providing aerial refueling support to the partner-nation aircraft. 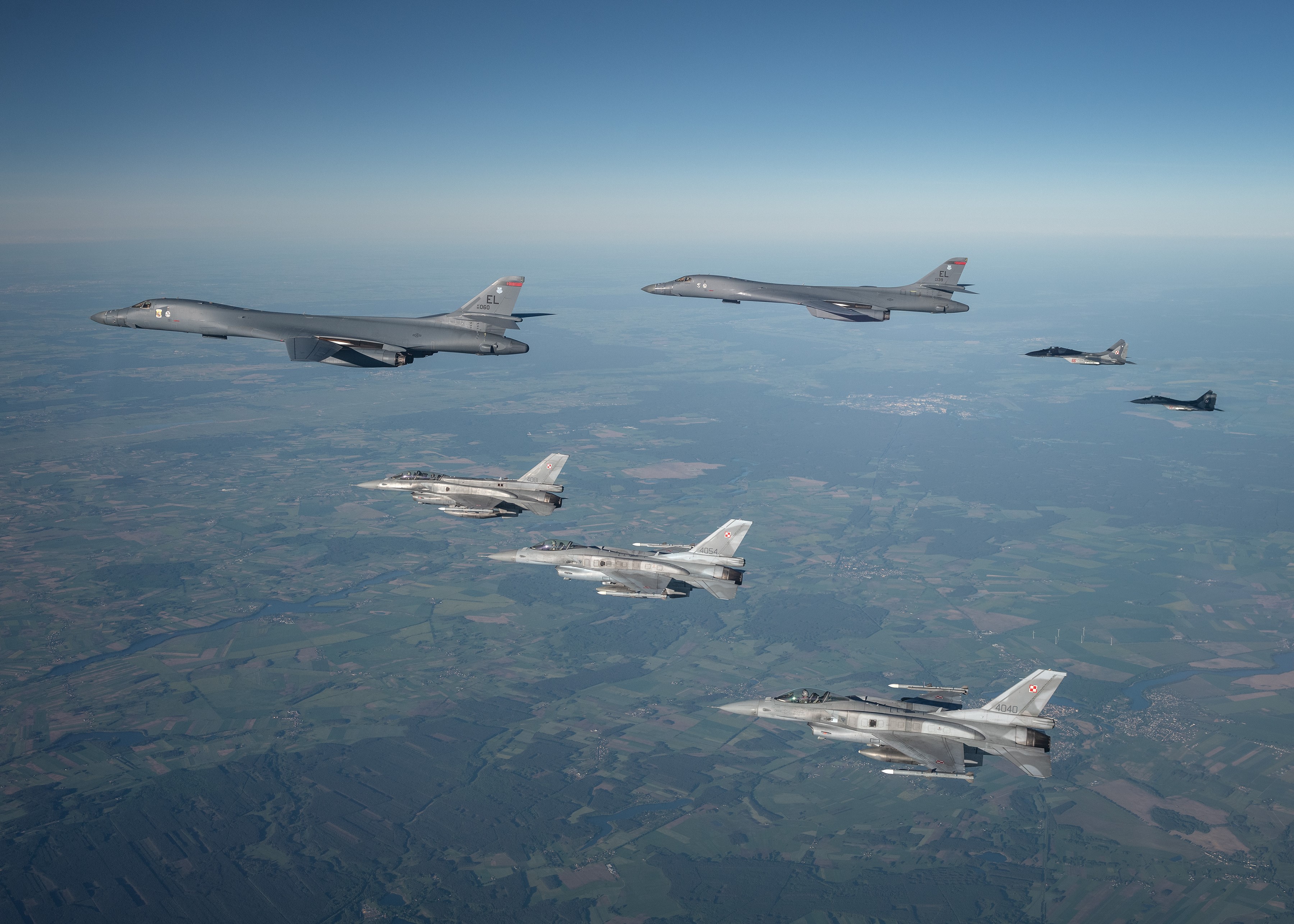 Additionally, the B-1s integrated with Greek F-16 air policing for an overflight of Skopje, North Macedonia.

“The Bomber Task Force missions demonstrate to our NATO Allies, including our newest member – North Macedonia – that these strategic missions enhance the readiness and training necessary to respond to any potential crisis or challenge around the globe,” said Gen. Tod D. Wolters, U.S. European Command commander. “The integration and interoperability with our NATO Allies during these missions, be it aerial tanker support or fighter escorts, are indelible actions that show the Alliance is as strong as I’ve ever witnessed.”

“Bomber missions familiarize aircrew with air bases, airspace, and operations in different geographic combatant commands. These missions build proficiency and confidence, and they demonstrate the credibility of our forces to address a global security environment that is more diverse and uncertain than at any other time in our history.” said US Air Force, in the statement.

Air bridge between Libya and Turkey