Azerbaijan Defense Ministry announced in a statement that signal units of Azerbaijan and Turkish Armed Forces launched joint drills. The drills plan was approved by President of the Azerbaijan Republic, Commander-in-Chief of the Armed Forces Ilham Aliyev. The Operational-Tactical-Drills of signal units launched on April 6, 2021 with the participation of Turkish and Azerbaijan’s soldiers. Stated that the drills will continue till April 8.

During the drills, the joint units that deployed to the regions to fulfil their training and duties, hold their duties with the unified communication system. In the drills using modern communication and automatic control systems; duties related to the regulation of the joint interoperability of unions and other actions are carried out.

According to military cooperation agreement that signed between Turkey and Azerbaijan, the first phase of large-scale tactical shooting and tactical flight drills was launched in Nakhchivan with the participation of the land forces and air forces of the two countries.

Vasif Talibov, the Chairman of the Supreme Assembly of Nakhchivan Autonomous Republic, and

Şeref Öngay, the Republic of Turkey had joined the 3rd Army Commander Lt. Gen., had participated in the drills on September 5, 2020.

Stated that the aim of the drill was to increase the experience sharing between the personnel of the units and units of the Azerbaijan and Turkish Armed Forces and the Nakhichevan Special Border Division, the Ministry of Emergency Situations of the Nakhichevan Autonomous Republic. 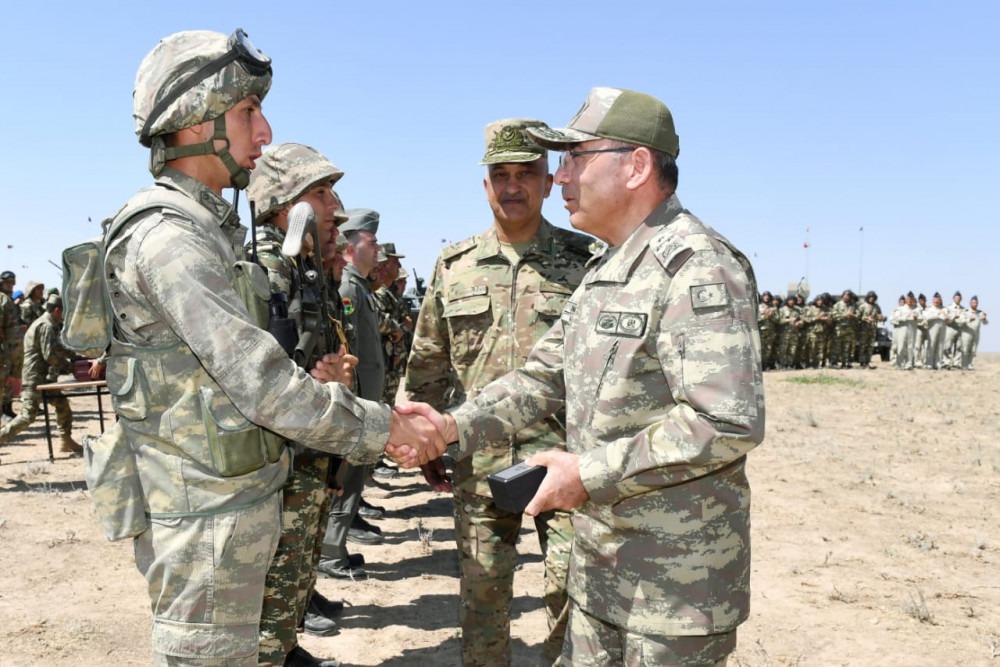 Öngay made a statement after the joint drill held in September 2020, in which nearly 5000 personnels took part. He said:

“Joint exercise has become another expression of the Turkish-Azerbaijani brotherhood. As a result of widespread bilateral relations between the armies, the drill was carried out as planned.”