The ATMACA Guided Missile, developed indigeneous and national, was successfully tested on July 1, 2020, to meet the needs of our Navy’s ship-to-ship cruise missile.

President of the Defence Industries Dr. İsmail Demir, about the successful test shot off Sinop, said, “ATMACA flew long this time. Our ATMACA cruise missile, which successfully fulfills its functions by successfully hitting the target at a distance of 200+ km, is preparing to enter the inventory. ”

ATMACA will be used instead of US-based Harpoon missiles as surface-to-surface missile systems. ATMACA cruise missiles are produced by Roketsan, fire control systems and other equipment by ASELSAN indigenously. ATMACAs will be integrated into MILGEMs and it will increase our deterrence in the seas.

As in SOM missile, development work of the ATMACA Missile powered by Micro Turbo product TR40 Turbojet Engine has been completed in Roketsan main contractor. In the project, local companies and institutions take part with the systems of Aselsan (RF seeker head) and ArMerKom (fire control system and operator console prototypes).

ATMACA Missile, which can be used in all weather conditions, is effective against mobile and immobile targets with its resistance to countermeasures, target update, retargeting, task termination capacity and advanced mission planning system (3D routing). ATMACA, like the TUBİTAK-SAGE cruise missile SOM, dives to the target ship ‘from the top’ by reaching a higher altitude when it approaches the target. 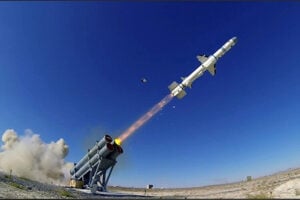