It was reported that ASELSAN UKSS mounted Ejder Yalçın 4×4 Tactical Wheeled Armoured Vehicles were seen at the celebration of the foundation anniversary of the Moroccan army.

The Royal Moroccan Armed Forces (RMAF) celebrated its 65th anniversary on May 14, 2021. In a video released during the activities carried out for this purpose, the armored vehicle that appeared in the Armed Forces inventory for the first time drew attention. In the video, there was a short section showing RMAF personnel operating the ASELSAN Remote Controlled Weapon System (UKSS) from inside the armored vehicle. As Janes reported, a defense industry source confirmed that the images show the interior of the Ejder Yalçın 4×4 Tactical Wheeled Armored Vehicle developed by Nurol Machine.

After this situation, Janes asked Nurol Machine questions about the accuracy of the event. However, it was reported that no clear answer was received from Nurol Makina regarding whether Morocco had ordered an armored vehicle. It was also expressed that Morocco is not yet among the official customers of ASELSAN. 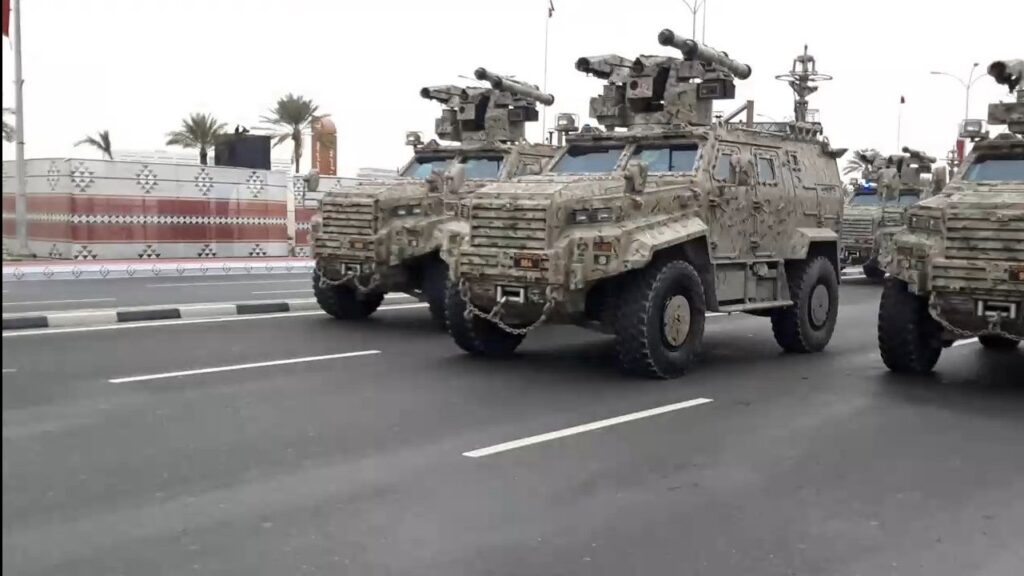 In addition, it is stated that some video footage and photos recently released on social media showed the Chadian soldiers driving Ejder Yalçın.

It is reported that Turkey exported 20 armored personnel carriers to Chad in 2018, according to the information given to the United Nations (UN) Register of Conventional Arms.

This one confused me, Nurol Ejder Yalçın in the Chadian 🇹🇩 desert.
The paint scheme kind of resembles vehicles exported to Qatar. pic.twitter.com/sTXHFIgPcX

The best in its class: Ejder Yalçın

Ejder Yalçın was developed to meet the operational needs of military units and security forces in all regions and land conditions, including residential and rural areas.The vehicle, which has high protection and mobility, functions as an original platform that has proven itself in the field of operation.

Different configurations of Ejder Yalçın, leader of its class with its level of protection, mobility and payload capacity, include Explosive Destruction Vehicle, Air Defense Vehicle, Command-Control Vehicle, Combat Vehicle, KBRN Reconnaissance Vehicle, Personnel Carrier, Mine / Handmade Explosive Detection-Destruction Vehicle, Armoured Ambulance, Mortar Vehicle and  Border Surveillance and Safety Vehicle. Nurol Machine continues to work intensively on different configurations of the vehicle in line with the contracts it has signed with its international users.