Armenia bombs its own tanks

In the press release by the Ministry of Defense of Azerbaijan, it was stated that the Armenian soldiers shot down 3 Armenian main battle tanks.

As reported by the Republic of Azerbaijan Ministry of Defense, the Armenian Military targeted their own units. From the city of Khankendi to further fronts, 3 Armenian battle tanks were blown by Armenian artillery fire. The tanks sustained heavy damage during the artillery barrage. In the reports, one tank and its crew were said to be rendered irrecoverable, while two tanks were only left disabled.

The total number of eliminated equipment as announced by the Azerbaijan Ministry of Defense between the dates of September 27th to October 7th is: 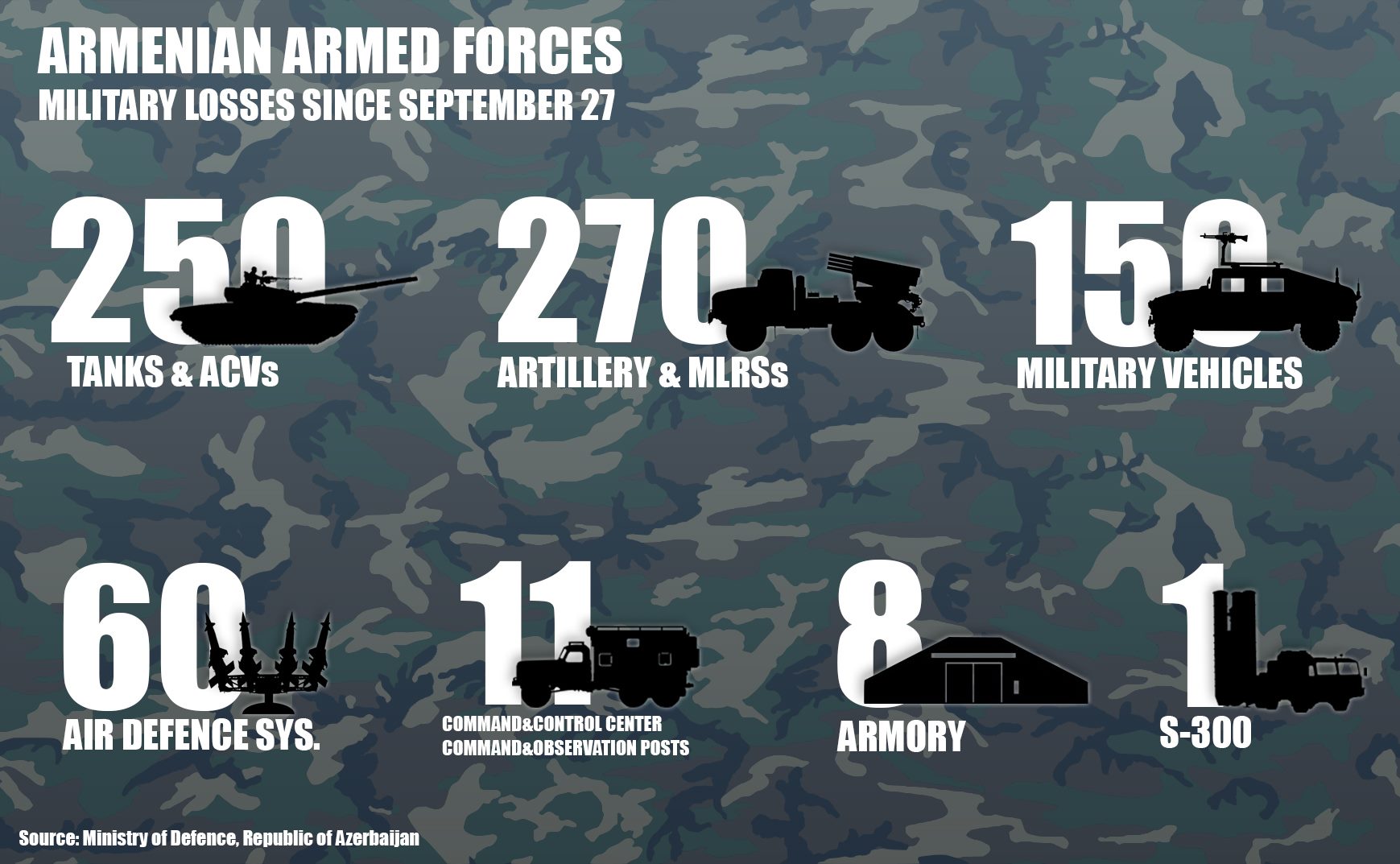 Azerbaijani forces are rapidly moving to liberate sectors occupied for decades by the Armenian forces. In this context, in relation to the developments that took place on September 5th, 2020, it was reported that many Armenian military outposts abandoned their equipment during the retreat.

After the initial counterattacks of the Azerbaijani Military, it was reported that many Armenian tanks, artillery, military vehicles and weapons were left behind. Some of the revealed equipment are noted to be Russian D-30s, T-72B battle tanks and anti-tank missile systems.