Amphibious Assault Crafts (LCT type), whose main duty is Amphibious Warfare. They are fast, manoeuvrable ships which are able to land military units onto beaches for a naval borne invasion. LCT’s alongside of transporting amphibious units, armoured vehicles and tanks can also help in natural disasters, humanitarian crises and evacuation missions. 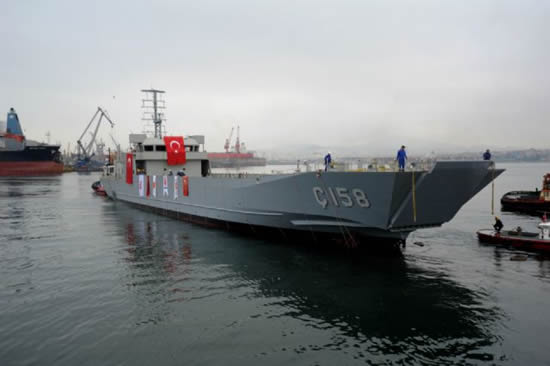 The last of the 8 ships, the Ç-158, entered full service in August 28, 2012. The complete 8-ship LCT Program was worth 94.5 Million and was undertaken by the SSM and the ANADOLU Naval Shipyard.