by Şeyma Sarıca
in General, Navy and Marine Systems
0

Republic of Turkey President of Defence Industries Prof. Dr. Ismail Demir, announced that on via his official Twitter account that the AKSUNGUR Armed Unmanned Aerial Vehicle (UCAV) has been delivered to the Turkish Navy.

AKSUNGUR was developed by TAI. Demir emphasized that it has a useful payload capacity to perform 750 kg and a maximum flight time of at least 50 hours while said that the tests were successfully completed. 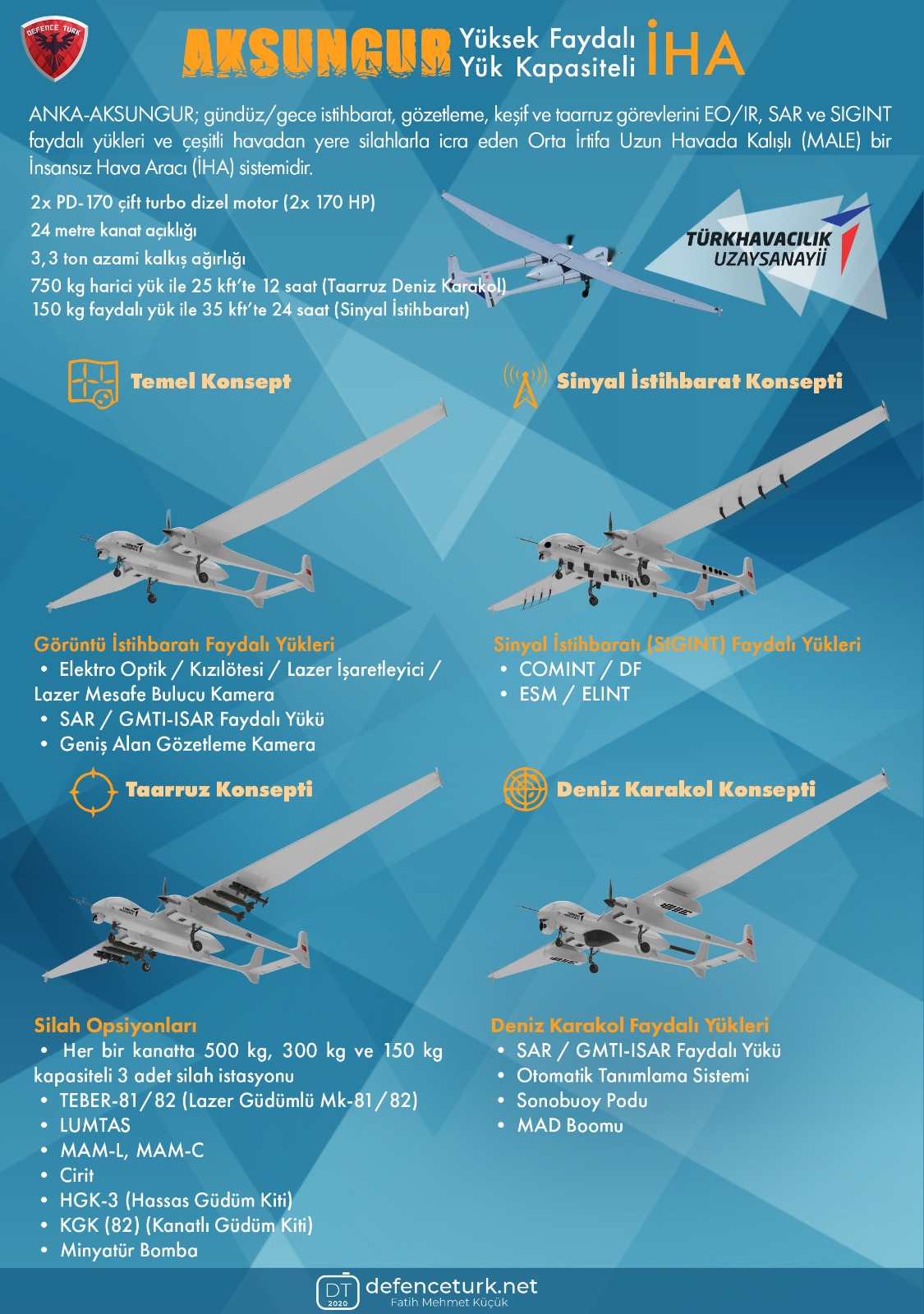 AKSUNGUR UAV was handed over to the Republic of Turkey Ministry of National Defence Turkish Naval Forces. Detailed information about its configuration was not provided.