Speaking after the check flight, Selçuk Bayraktar, the Baykar Defence Technical Manager, has said that AKINCI PT-3 completed the high altitude and high-speed tests and turn back to the hangar after completing the pass-down landing trials.

Selçuk Bayraktar shared a footage that he talks on foot within the BAYKAR facilities. The footage showed that AKINCI Attack Unmanned Aerial Vehicle, which is on the mass production period. The footage also showed that three prototypes of Flying Car CEZERİ, two prototypes of the new generation Baykar Vertical Take Off and Landing Unmanned Aerial Vehicle (DİHA) that is still on the mass production period, and Baykar TB2 UCAV systems.

Turkish Journalist İbrahim Haskoloğlu held a meeting with Haluk Bayraktar, the General Manager of Baykar Defence to an interview on Twitch. Haluk Bayraktar has stated that AKINCI Attack Unmanned Aerial Vehicle will be in the Turkish Armed Forces inventory in 2021. Bayraktar added that AKINCI also can service under the other sources. He also said that Akıncı UAV has a 2500 km radius range for attack purposes and a 5000 km operating radius for intelligence, surveillance and reconnaissance (ISR).

Baykar stressed that the AKINCI Attack UAV will hide itself through the electronic warfare system and will show itself in a different place on the radar. He said that AKINCI has alternatives for its engines, and that it currently prefers Black Sea Shield (Baykar-Ivchenko Progress joint venture) AI-450T engines. 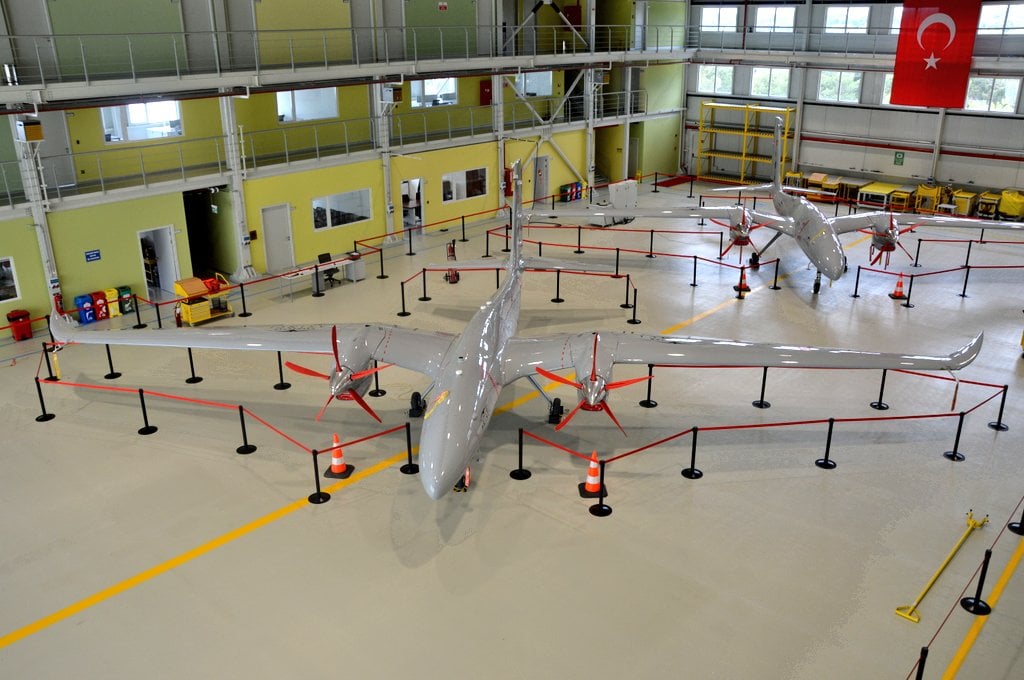 Turkish Vice President Fuat Oktay stated that AKINCI Attack UAV reach the finale stage on the tests for mass production. According to a statement published by Baykar Defence, AKINCI AUAV has successfully completed totally 61 different tests in about a year since the its first flight.