Air bridge between Libya and Turkey

Turkey and Libya air bridge was formed, so to speak, after Watya Airbase was controlled by GNA.

On 18 May 2020, the forces affiliated to the Government of National Accord (GNA) in Libya, recognized by the UN and which is the legitimate government, seized the Watya Airbase from the forces affiliated to the putschist Caliph Khafter. Later, GNA quickly gained control in many settlements and troops from some regions and the Russian mercenary company Wagner withdrew.

An air bridge was created after the seizure of the base between Turkey and Libya with military cargo planes especially as from May 21.

On 21 May night, C-130 Hercules transport plane departing from Turkey appeared on the civil aviation tracking sites. The plane landed at the Misrata military base in Libya, where Turkish soldiers were deployed. An E-7T Peace Eagle Airborne Early Warning and Control (AEWC) aircraft was seen on radars while flying over the Mediterranean in the west of Cyprus at times when the C-130 transport aircraft was in the air. It is believed that the F-16s belonging to the Turkish Air Force are also flying for security purposes in the flights.

On 23 May 2020, 2 units of C-130 transport planes departing from Istanbul and 2 units of C-17 Globemaster III military transport planes that followed the same route went to Libya. Another C-130 flight took place on May 24.
In subsequent days, especially between flights of C-130 transport aircraft with Libya and Turkey continued.
By May 29, between Libya and Turkey, at least 15 flights were performed with C-130 transport aircraft and at least 2 flights were performed with C-17 Globemaster III aircrafts. On May 26, 2 units of C-17 belonging to the Qatar Air Force were seen to have departed from Istanbul Airport. However, the routes could not be followed. (The aforementioned data covers the planes with open transporder and that can only be tracked on civilian air traffic tracking sites.)
C-17 aircrafts that belong to Qatar are able to carry more weight than A400M which is the largest military cargo aircraft in Turkey’s inventory. While the A400M carries a maximum of 37 tons of cargo, the C-17 Globemaster III is able to transport loads up to 77 tons. Thanks to the high level of close relations and military relations between Qatar and Turkey, a C-17 belonging to Qatar is often present in Turkey. On the other hand, the C-130 in the Turkish Air Force inventory, which operates on the air bridge, can carry a maximum of 20 tons of load.

On May 26, US African Command (AFRICOM) stated that Moscow has recently deployed warplanes to Libya and supported Russian-backed private mercenaries. On the satellite images shared by AFRICOM, Russian-made MiG-29, Su-24 and Su-35 warplanes were seen at the Jufra Airbase. 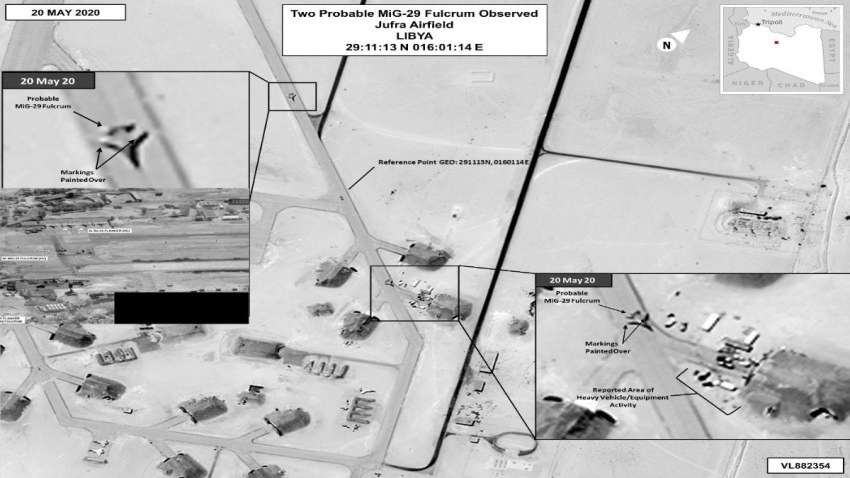 Several local and foreign sources stated that Turkey will move unions to Watya Base and even place F-16 fighter aircrafts on the base. Built by the USA in World War II, Watya Airbase is critical in size and location.
With Russia settling in the region as de-facto, Libya is dragged into a new stalemate. The retreat of the forces of Hafter which started with the fall of Watya, stopped. Peace talks in the region were rumoured. However, intense armament, especially the deployment of warplanes, indicates that the air in the region will get warmer.
Deliveries to Libya within this context, are perceived as an indicator that Turkey, the security of Tripoli and its elements in the region being the primary reason for the region, will show more flags in the area and perhaps will be present in the fire support operations. 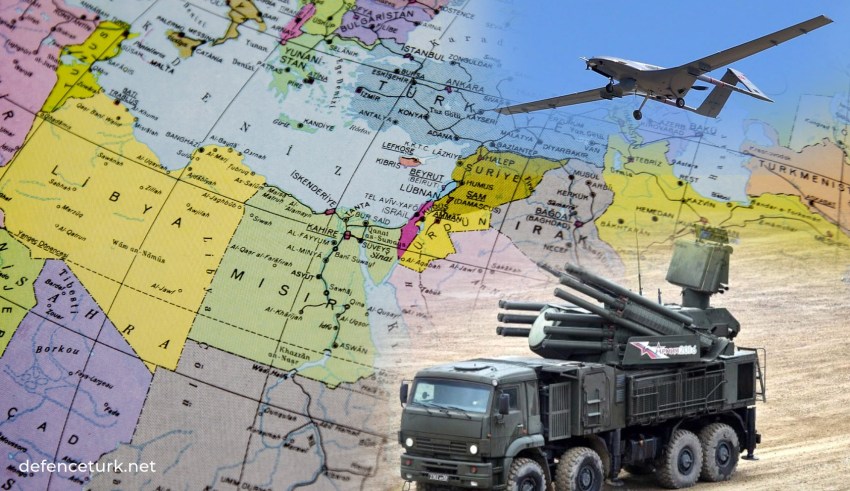 Watya Base was captured Bayraktar TB2 UAVs (possibly with the support of Electronic Warfare) after the intense success against the Russian-made Pantsir air defense systems in the region, and the TB2s made nearly 15 Pantsir systems unusable in the region.

Considering that MiG-29, which is one of the planes Russia has placed in the region, is mainly used in air-to-air missions, it can be estimated that these planes will be used against possible air mobility in the region. Unofficial elements in the region could not get the efficiency they wanted from land-based air defense systems. As a matter of fact, Russia had dropped Georgian UAV with the air to air missile launched from the MiG-29 fighter aircraft during the tension that continued before the South Ossetian War (April 2008).

When the danger of the air factors in the region observed to moved to another dimension, in coastal areas, even in the situation frigates, SM-1 and ESSM missiles are able to form an air defense umbrella, it is estimated that Turkey’s need to move the fighter aircrafts to the area will instensify with increase of the depth of the areas under control and obtaining strategic locations such as Watya.