A new turret with guided anti-tank missiles for OTOKAR TULPAR

Being one of the important land vehicle manufacturers in Turkey, OTOKAR will exhibit TULPAR with a new weapon option at the EUROSATORY fair, which is one of the biggest fairs in the defense industry and will be held in Paris. The fair will open tomorrow.

According to the information obtained by Defence Turk, this new turret integrated into TULPAR is the SAMSON MK II 30mm product of the Israeli Rafael company. It can carry two SPIKE LR2 guided anti-tank missiles in a concealed form inside the turret. 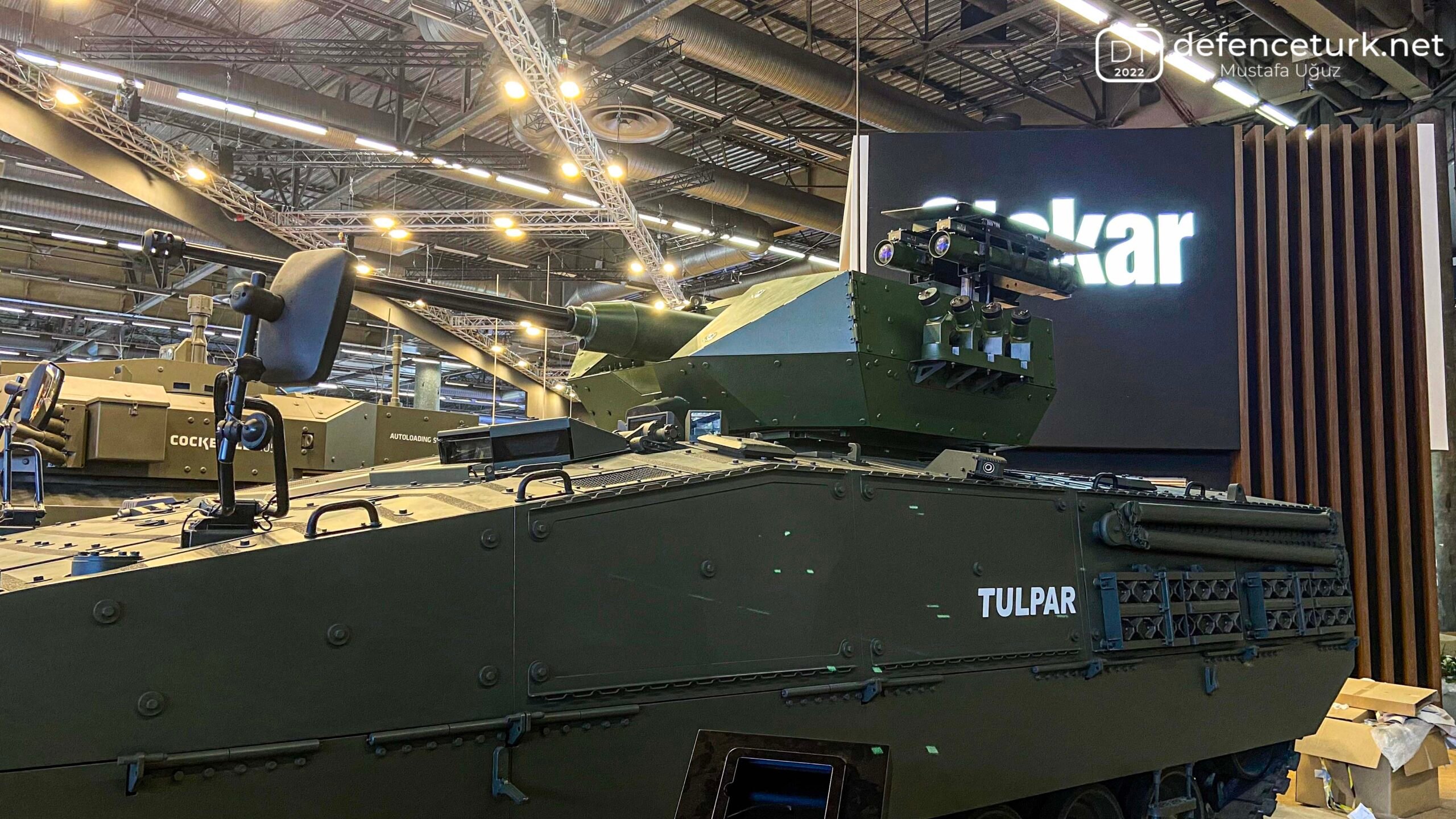 Anti-tank missiles hidden inside the turret are optional. The turret offers the personnel a safe loading opportunity with its reloading system from inside the hull. It can provide ballistic protection up to STANAG Level 4.

TULPAR stands out as a multi-purpose platform with high firepower, modular structure and growth potential, which can be formed in different configurations to meet current and future operational requirements.

TULPAR’s powertrain assembly positioned in front of the body, has a turbocharged diesel engine that can provide power between 700 HP and 1100 HP and automatic transmission options. A durable and reliable torsion shaft system is used in the suspension design. There are seven carrier wheels with rubber-coated double carrier wheels on both sides, and with the Automatic Track Tensioner System, the track tensioner can be adjusted from the driver’s compartment according to the changing road conditions.