4 MİLGEM Corvette Ship Projects for Pakistan under the Ministry of National Defense, continues as planned, with ASFAT being the prime contractor.

As part of the project, which is the biggest export breakthrough by the domestic defense industry in a single item, a sledding ceremony was held at the Karachi Shipyard for the third of the MİLGEM corvettes.

Speaking at the ceremony where the Shipyard Commander elaborated on the project, Minister Akar first voiced his satisfaction for paying a visit to the friend and brother Pakistan, where one more phase of the MİLGEM corvette project built for the Pakistani Armed Forces was implemented. 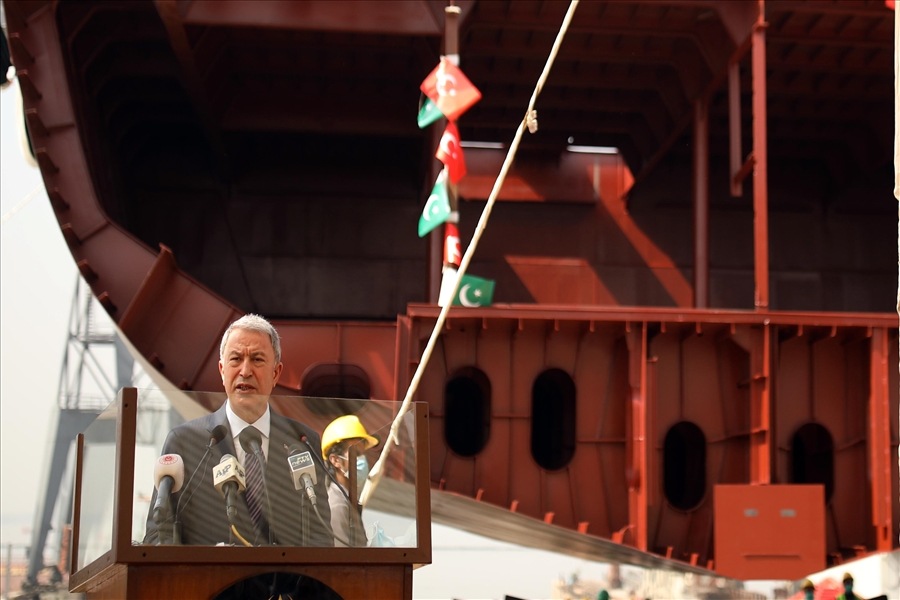 Underlining that there existed close cooperation in all areas of relations between Turkey and Pakistan, and this symbolized the perfect example, he said:

“The support of the Pakistani people during the War of Independence has gained an indelible place in our hearts and minds. We will never forget the sacrifices of our Pakistani brothers, who do not leave the Turkish nation alone, and we are always one in sorrow and joy. It is very meaningful and valuable for us to see that you are with the Azerbaijani Turks today as well. Turkey also stands by their Pakistani brothers for the righteous cause of Pakistan for Kashmir.”

“A great achievement for our countries”

Emphasizing once again that all the events proved that the Islamic geography needed to be strong, united and stand together, Minister Akar underlined the importance of having a strong defense industry and an effective and deterrent army.

Minister Akar stated that Turkish defense industry companies were frequently mentioned in the international market and that 7 Turkish companies were among the top 100 leading defense companies in the world. “Sharing the experience of our defense industry from design to production with our Pakistani brothers will be a great and important achievement for our countries.” 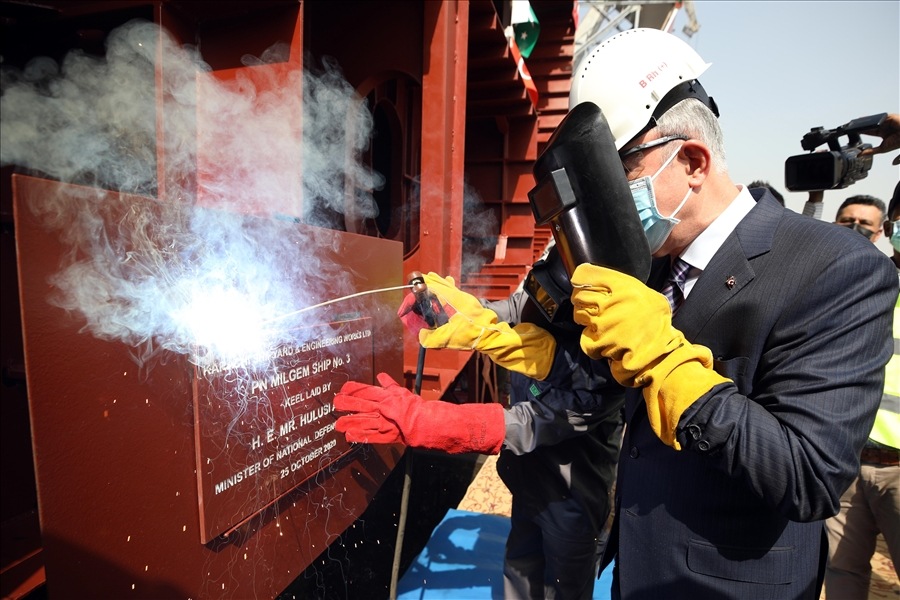 Underscoring that it was very significant for such a large project, despite all the negative effects of the coronavirus epidemic, to be conducted with the principles of “lowest cost”, “highest quality” and within the”shortest time” and that the project demonstrated joint project management capability, work discipline and determination, Minister Akar said, “I wish our ships to be auspicious once again to the friendly and brotherly people of Pakistan, the Pakistan Armed Forces, and further strengthen the friendship ties between the two countries,”  Minister Akar also said to Pakistani sailors, “May your sea be still, your bow clear and the power with you ” 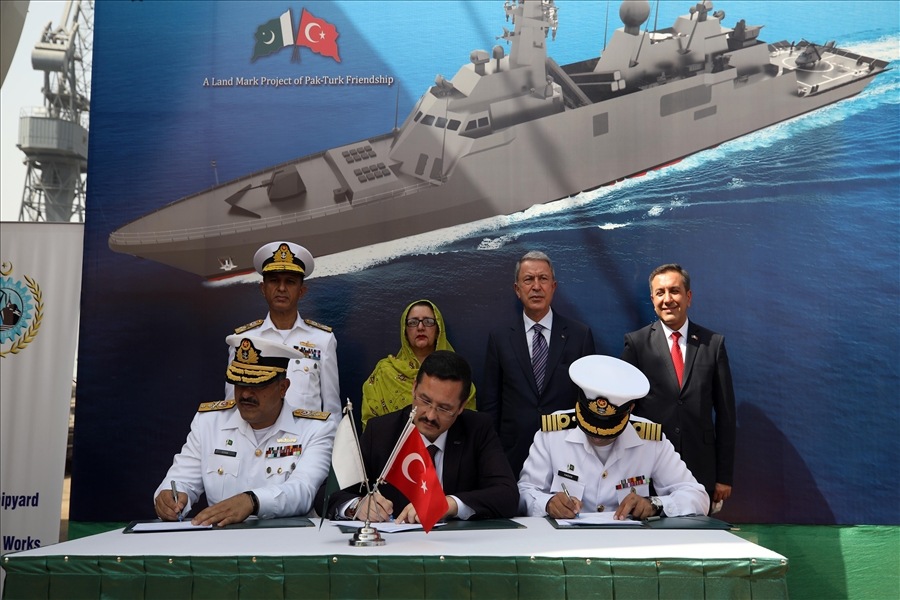