by Melike Günaydın
in Navy and Marine Systems
0

The third aircraft in the MELTEM-3 Project carried out by the SSB was handed over to the Naval Forces Command with a ceremony.

The statement made by the Ministry of National Defense included the following:

“The 3rd aircraft of the MELTEM-3 Project was taken into the inventory of our Naval Forces on May 04, 2021, following the ground and flight tests carried out in Caselle / Italy and Topel Naval Air Main Base Command / Kocaeli.” Our 6 P-235 Maritime Patrol Aircrafts, which were procured within the scope of the MELTEM Project and entered into the inventory of our Naval Forces Command, today successfully serve as the strategic element of the Turkish Armed Forces in Turkey’s continental shelf and waters of national interests, especially in the Eastern Mediterranean and Aegean.

At this stage of the MELTEM Project, it is aimed to supply 6 ATR72-600 aircraft to be used in naval surveillance and maritime patrol duties and to integrate the mission equipment supplied for the MELTEM Project to the aircraft.

The third P-72 Maritime Patrol Aircraft, which entered the inventory of our Naval Forces with the ceremony held, will be an important force multiplier for the control and protection of the Blue Motherland, which has more than 8300 km of coastline. With the completion of the deliveries within the context of the MELTEM Project, the number of our maritime patrol aircraft will increase to 12. In addition to new features such as Link 16 system, MK54 torpedo tender and torpedoer, which are not available on P-235 aircraft, P-72 aircraft will have the ability to operate for longer periods of time. 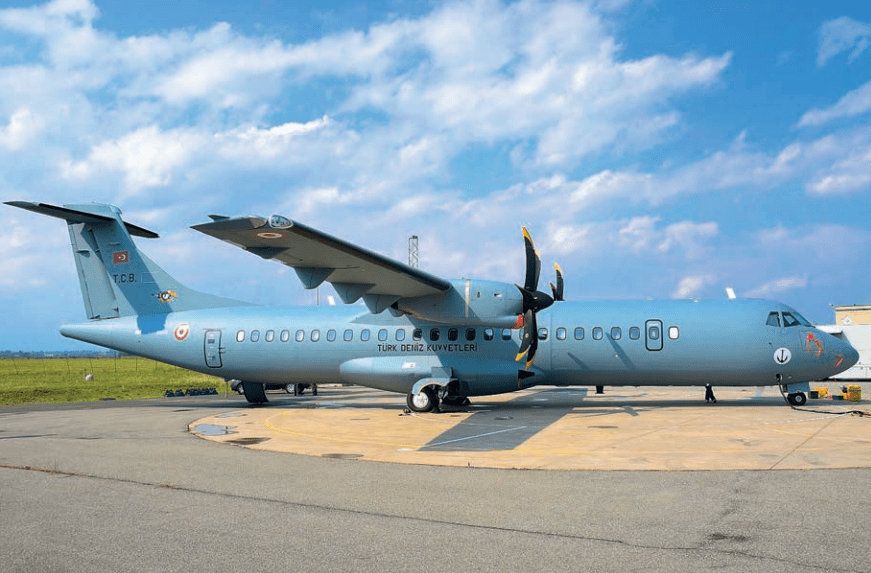 The role of domestic and national industry in the project

Keen participation of Turkish Industry was ensured within the scope of the project. Detail part production, aircraft modification, material supply, ground and flight test support and Integrated Logistics Support activities were carried out by TAI.

Equipment supply was provided by ASELSAN. Our aircraft have Link 11 and Link 16 systems developed by MILSOFT. Our Naval Patrol Ground Station has been updated by HAVELSAN to support P-72 aircraft.

In 2021, it is planned to provide the Naval Forces Command with the necessary support in the operation and maintenance of the supplied systems by starting the 3-year logistic support service of the mission systems of our Maritime Patrol Aircraft.