As part of the Next Generation Air Defense Early Warning Radar (KALKAN-II) Procurement Agreement signed between the Ministry of National Defense and ASELSAN in 2016, the acceptance of a total of 11 systems has been completed.

KALKAN can track multiple targets accurately, adding classification and identification information to each target track. The system employs a phased array antenna with multi-beam architecture optimized for search and track functions. KALKAN is  compact and easy-to-use standalone radar system with sensor on a trailer towed by a tactical truck. 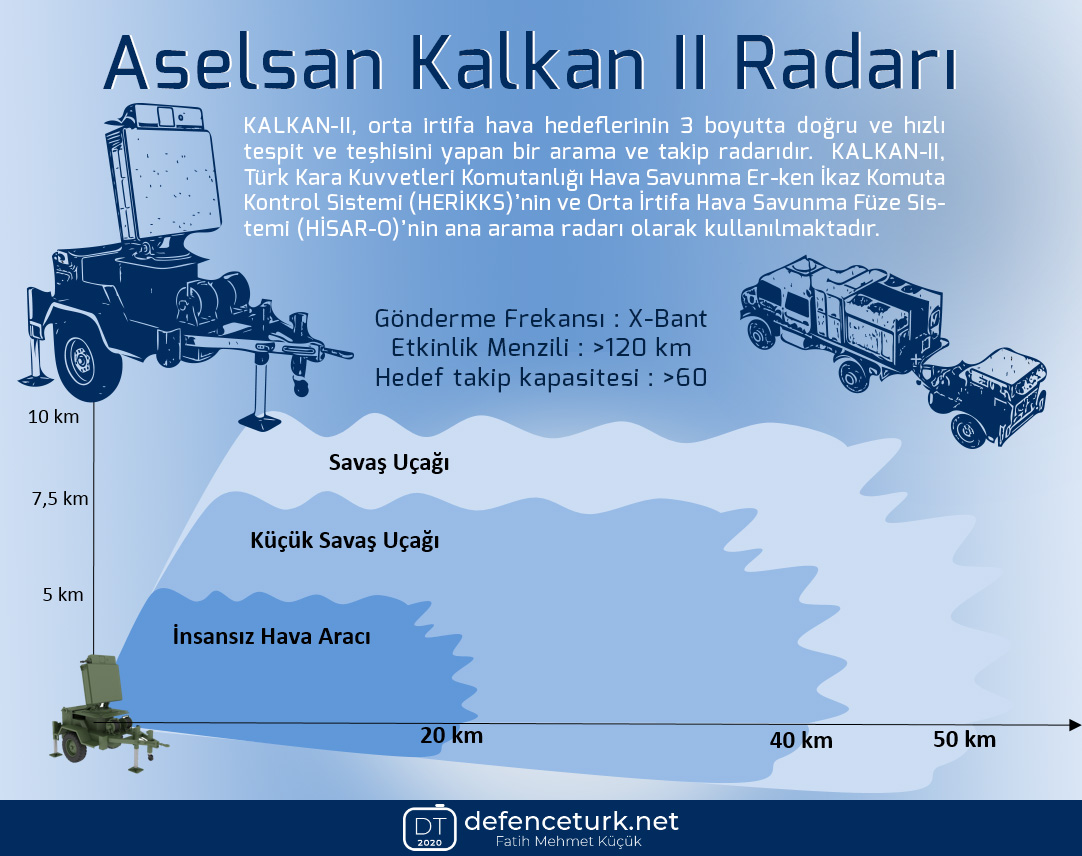 As a field proven system with numerous units serving the Turkish Army, KALKAN is an ideal choice as the main search radar for ​low and medium range air defense command & control and missile systems.